1763 Massacre at Fort Michilimackinac
Please do not copy the photos on this site, many of which have been submitted by private individuals...
just come back and visit the site often to view the photos.
"Clicking" on some color highlighted words may access additional information.
Most posted items will enlarge by "clicking" on them. 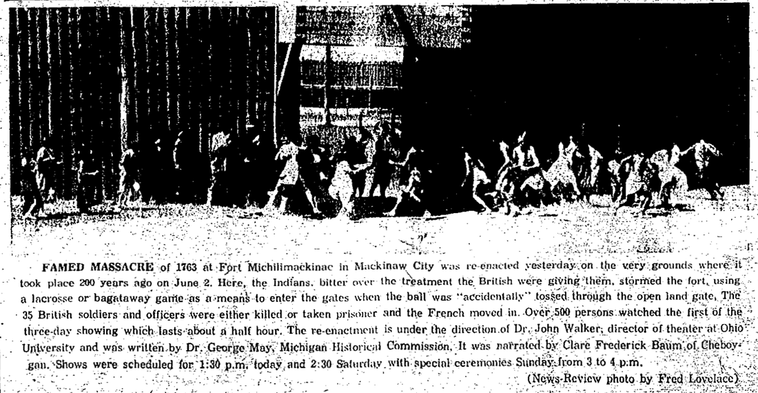 31 May 1963 ~ Petoskey News Review
The original French fort was built in 1715 during the Great Lakes fur trade. The Ojibwe Indians, in Pontiac's Rebellion, in 1763 attacked the fort. This was an historic event for the fort and its people to endure, with 27 soldiers killed. The attack was staged with a game of Baggatiway, which was an early version of lacrosse, creating a friendly atmosphere, which actually was more fiendish, than friendly. The British soldiers, however, were able to reclaim the fort in 1764. Somewhere between 1780 and 1781, the British garrison was moved to the more isolated, and defensible, Mackinac Island, Michigan. With the Mackinaw City fort abandoned, later the entire "Old Mackinac Point" became a community park, only followed later in 1904 to having been transferred to the State of Michigan. To this date, the fort has been recreated, with ongoing "archeology digs" saving artifacts from the days of the British soldiers and the Indians.

Article Below: The Petoskey Evening News published the writings of many Petoskey School students
in June of 1917
when this student wrote about the Massacre at Ft. Mackinaw. 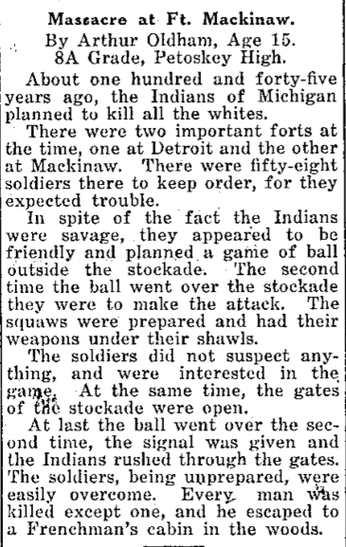 7 June 1917 ~ Petoskey Evening News
Article Below: Fort Holmes was built on Mackinac Island after the massacre at old Mackinaw... 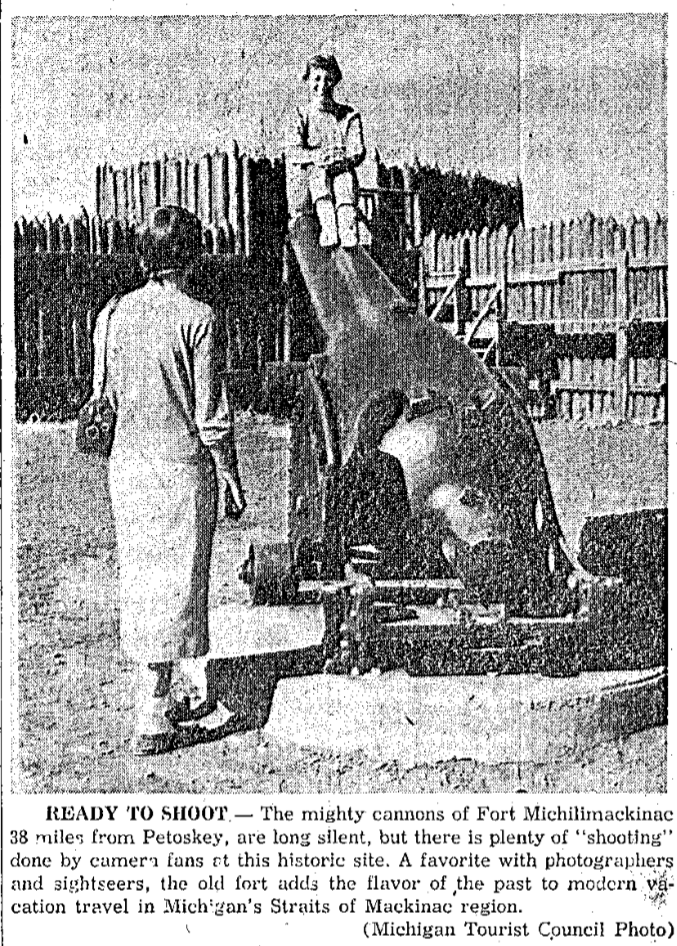 3 July 1959 ~ Petoskey News Review
Photo Above: The cannon in the photo above is actually from the Civil War era, rather than the Fort Michilimackinac timeframe. See the webpages of cannons on this same web site for further explanation. 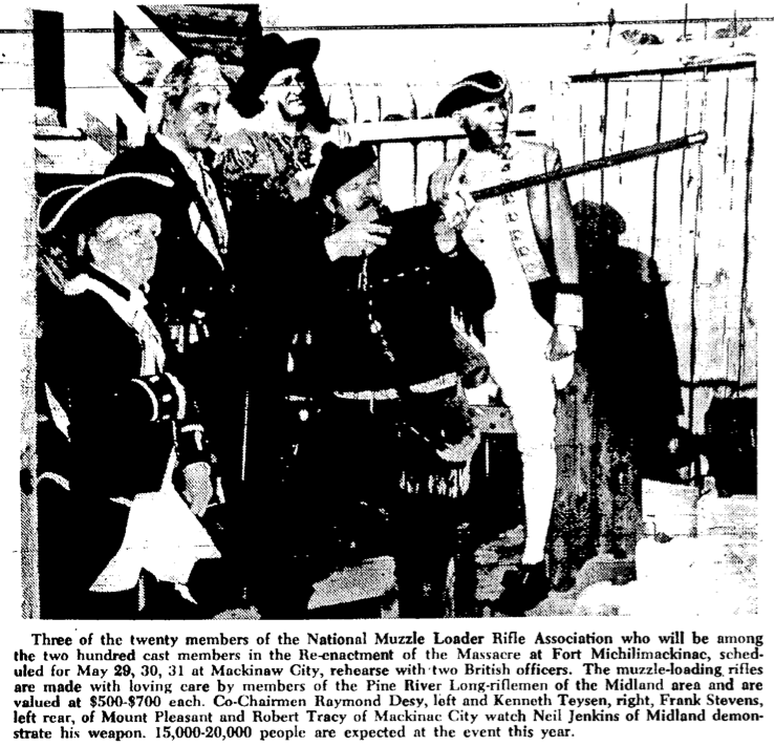