Please do not copy the photos on this site, many of which have been submitted by private individuals...
just come back and visit the site often to view the photos.
Click on any photo on this entire website to make it larger for better viewing.
PRE- Veterans Memorial Park
(photo below)

Those who have taken an empty space and filled it
with memorials for, and memories of, military veterans
can be very proud of what they have accomplished. 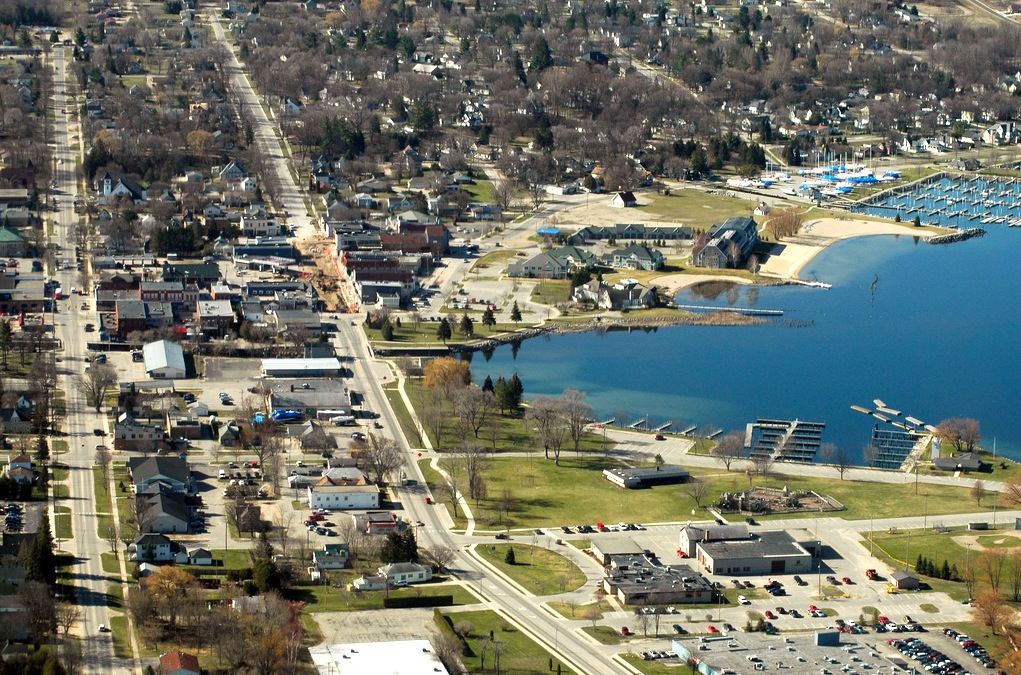 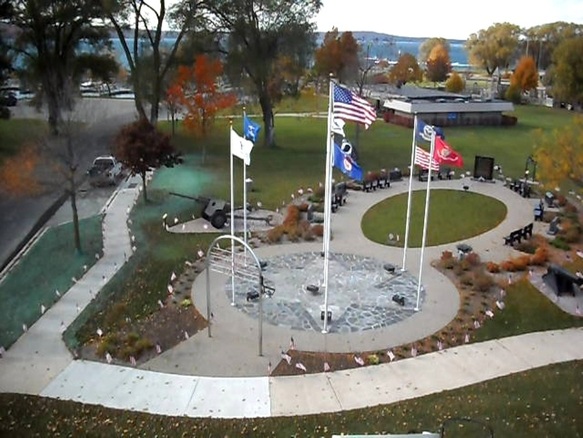 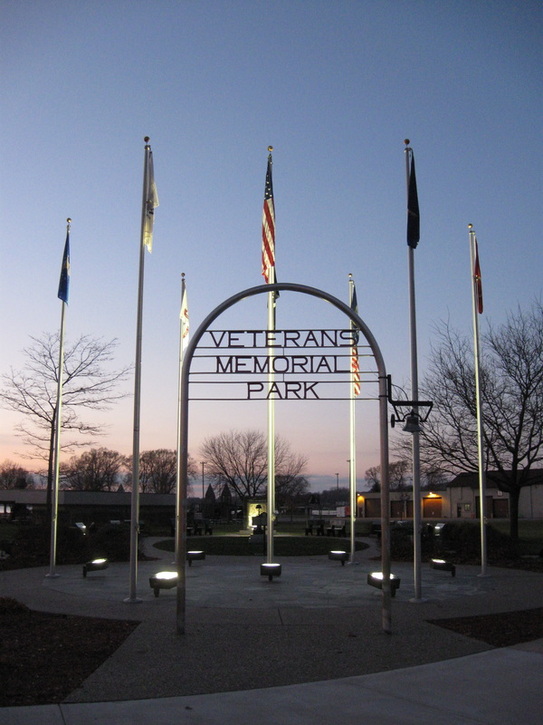 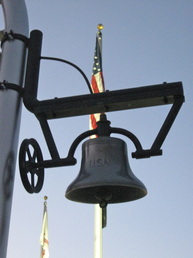 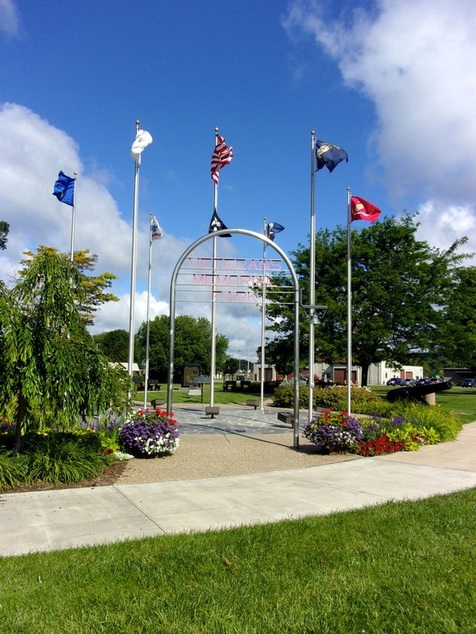 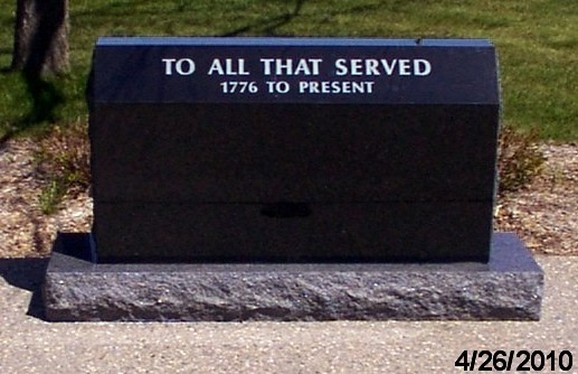 To ALL That Served 1776 To Present 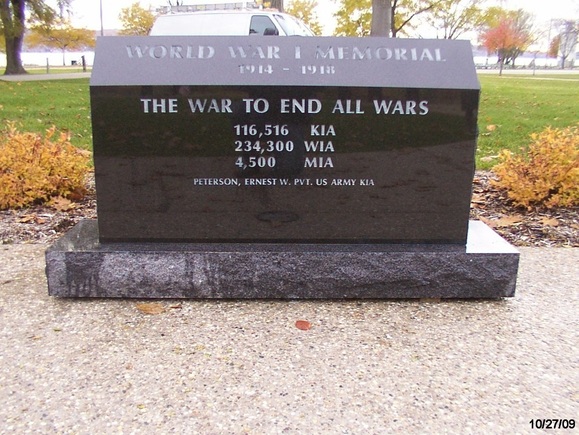 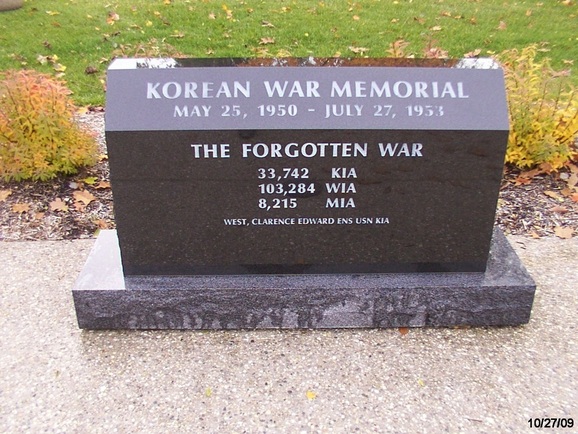 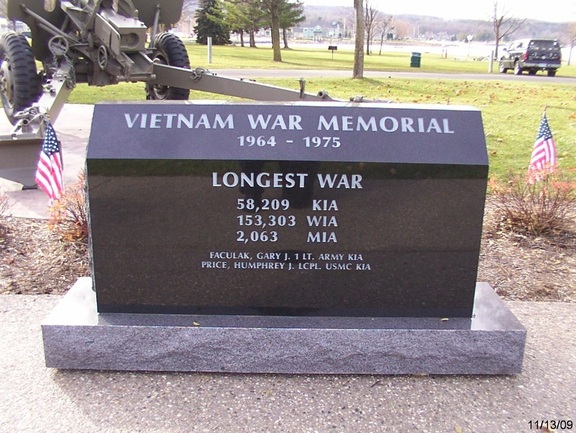 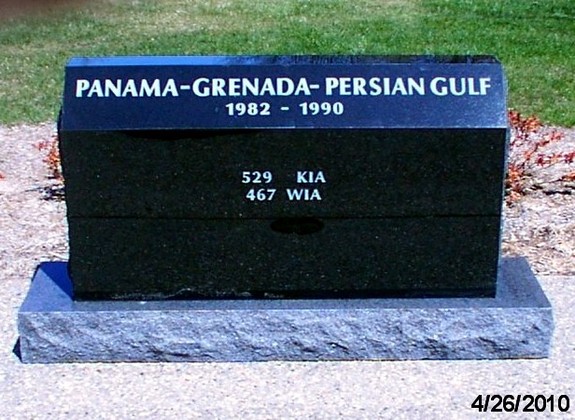 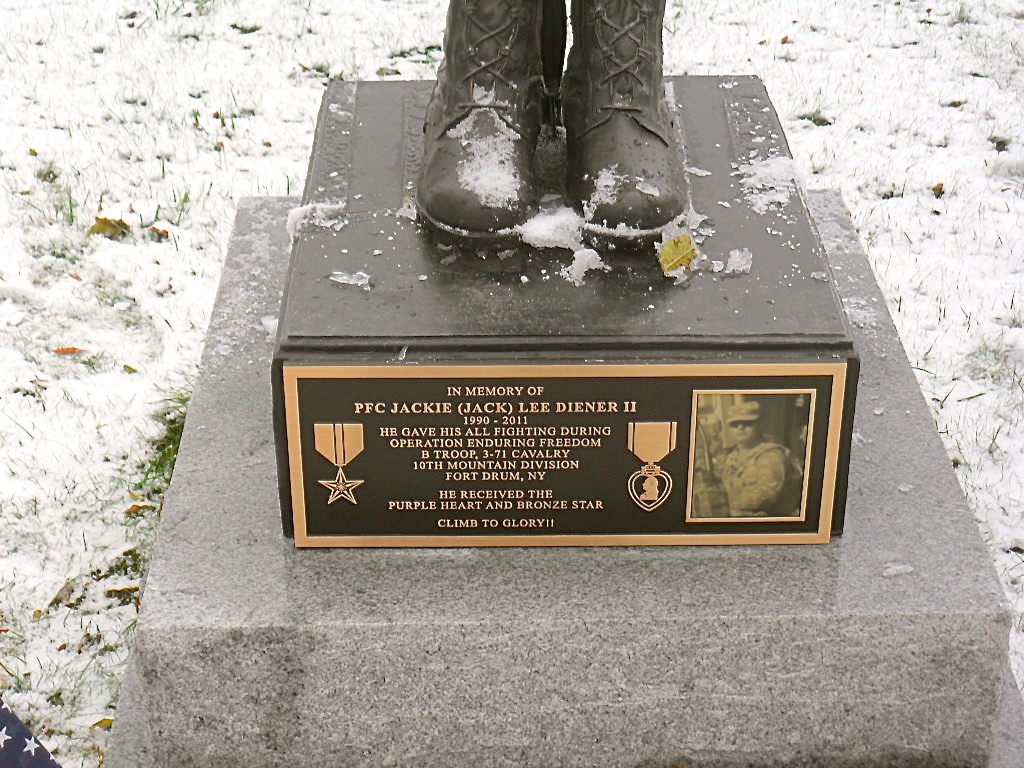 MEMORIAL BENCHES
In Honor Of Those Who Served

In a 27 August 1992 The Graphic news publication Nancy Hall, a Petoskey, Michigan, teacher and author wrote:

"At Veteran's Memorial Park on Lake Charlevoix in Boyne City is yet another Civil gun, a heavy artillery piece, an 8 inch Columbiad on part of a Barbette Carriage. Sights would be placed on the muzzle and breech when the gun was in action.
This gun, weighing 9,240 pounds [different weight than listed on the information on the Robert Finch website of 8,465 lbs.] could throw a projectile of 65 pounds 1,813 yards. It is classified as a siege or seacoast artillery and often was moved by railroad, not by horses.
The gun carriage could pivot and in the North the carriage was usually made of metal. At the back of the gun are notches for a 'notch and paw' elevating mechanism.
In the serene settings of Northern Michigan's parks and cemeteries it is easy to forget the awful destruction these weapons delivered. All these cannons and the memories they summon of the Civil War are reminders to space age children and adults of the not so distant conflicts of the past."

The Spring 2015 issue of MHQ, The Quarterly Journal of Military History included an article by David T. Zabecki titled "The Man Behind the Rodman Gun...And it wasn't even his most important invention". Zabecki wrote: "The Rodman gun, developed in the mid-19th century, was the technological apex of smoothbore, muzzle-loading artillery. Cannons using chemical explosives to propel a projectile had made their first appearance on the battlefield in the 14th century, and for the next 500 years the technology changed very little. Almost all artillery pieces, cast of either iron or bronze, were smoothbore, muzzle-loaded, and used propellant charges based on black powder. Then, near the end of the 19th century, artillery technology made a radical leap forward with the introduction of rifled steel barrels, breech-loading systems, recoil mechanisms, and improvements in propellants."

Thomas Jackson Rodman experimented with castings to perfect the development of the casting of the one of the biggest guns ever built until his time... and thus named after him. 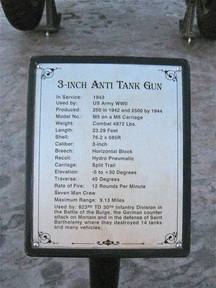 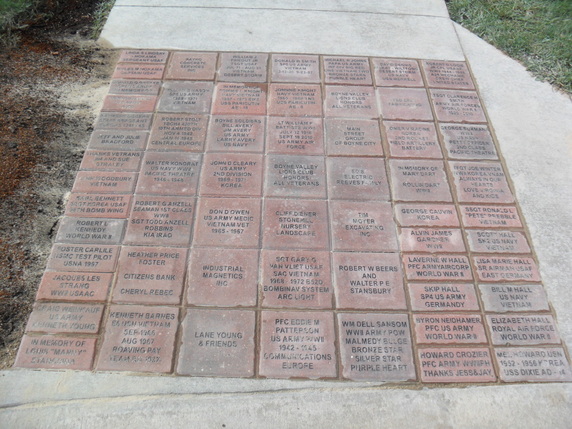 The Walk Of Fame 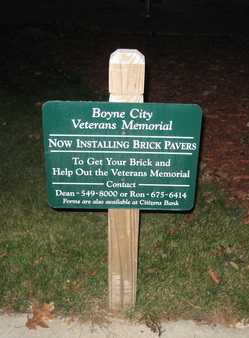 Help Support The Boyne City Veterans Memorial Park Through The Walk Of Fame.
Memorials
The Soldiers' Monument
"In memory

Two Marines from Charlevoix County who were killed in action during the Vietnam War will be honored at 5 p.m. today, Monday, July 21, at Whiting Park in Boyne City. Honorees, Humphrey J. Price and Donald G. Reich, both from the Advance area, were just out of high school when they joined the Marines. They were killed in 1967.

Bronze plaques will be placed at a flowing well at Whiting Park. The plaques were paid for with profits from sales of Lasater's two books which detail Charlevoix County's contributions of World War 1 and World War II. Lasater said he learned about Price and Reich while doing research for a similar project on the Vietnam War.

“They were just out of high school and they frequented Whiting Park,” he said. “That’s where they swam and had picnics, so it’s an appropriate place for this.”

We applaud Lasater’s commitment to honoring the memory of local service men and women."