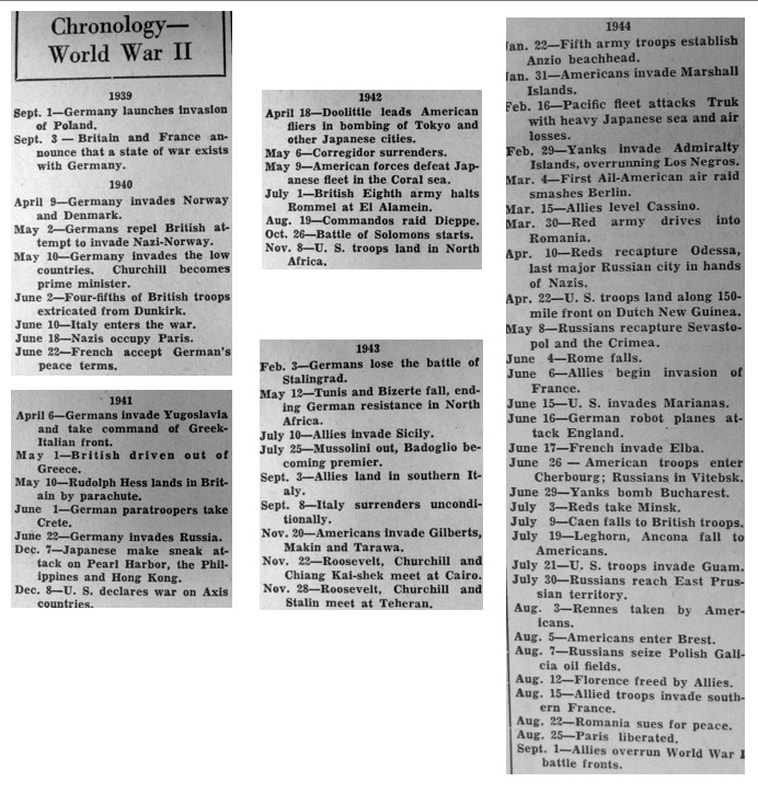 "I love the chronology list especially, since I remember much of it. Especially the liberation of Paris. Mom and I couldn't wait to get to the movie theater to see RKO Pathe/Movietone News pictures. We were in New York then of course, and we had to wait in line to get in. Nobody cared what the movie was, they were there to see the newsreels! And I was in Times Square when Germany surrendered in May 1945. Had gone shopping in the city with my girlfriend  and her older sister and we saw all the people running. Asked why and then followed them. We ended up on a conga line, snaking all over the square. Great memories."