Mexican War
(1846-1848)
Please do not copy the photos on this site, many of which have been submitted by private individuals...
just come back and visit the site often to view the photos.
"Clicking" on some color highlighted words may access additional information.
Most posted items will enlarge by "clicking" on them.
Isaac DeGraff Toll of Petoskey, Michigan ~ Veteran of the Mexican War
Toll Park in Greenwood Cemetery has as its namesake, Isaac DeGraff Toll.

1884 ~ The Traverse Region, Historical and Descriptive, with Illustrations of Scenery and Portraits and Biographical Sketches
Article Below: 1884 ~ Two Veterans of the Mexican War live in Charlevoix County...
Capt. Toulouse, and George Keyes. 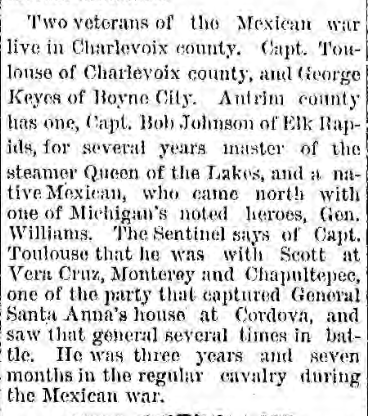 "General Farming. Mr. Kyes was born in Shenandoah Valley, Va., April 19, 1819. Moved to Bradford County, Pa., when seven years old, where he lived five years. Came to Michigan and settled in Jackson County, and from there to Calhoun County where he lived twenty-one years, coming from there to Charlevoix County. Mr. Kyes went to California in 1850, where he remained four years. Served in Company I, 1st Michigan Volunteers, and served four years in the Mexican War of 1846. He was married to Armena Charter September 10, 1848. They have one child."
1910 ~ OLDEST Retired Officer of United States Army died.
Rucker commanded a squadron of cavalry in the Mexican war. 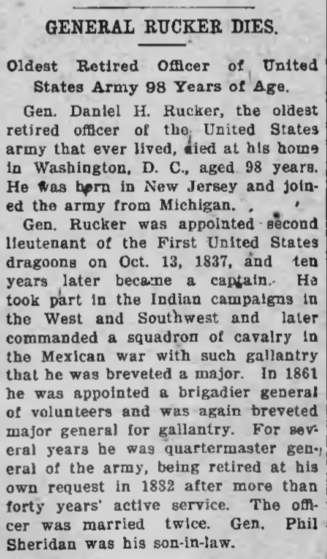 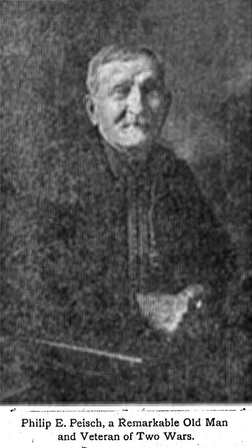 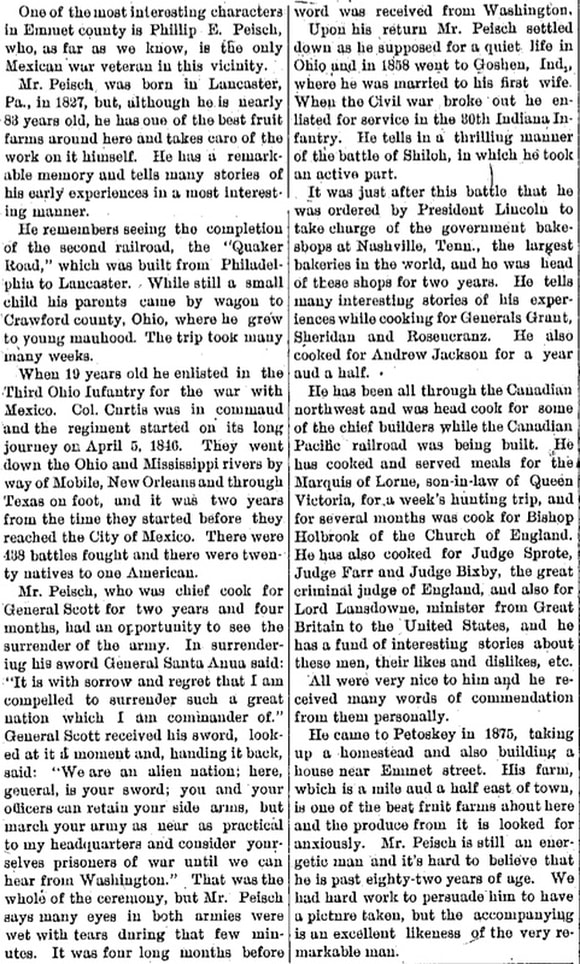 6 July 1910 ~ The Petoskey Record (Article included the photo above)