~ Harbor Springs MI ~
Lakeview Cemetery
Please do not copy the photos on this site, many of which have been submitted by private individuals...
just come back and visit the site often to view the photos.
In a 27 August 1992 The Graphic news publication Nancy Hall, a Petoskey, Michigan, teacher and author wrote:

"In Lakeview Cemetery above Harbor Springs is another 30-pounder Parrott Rifle, in a setting similar to that in Greenwood Cemetery it is notable that this cannon is cast somewhat differently. Above the trunnions there is a slight slope in the barrel...
These large Parrotts were cast of iron and were not always strong enough to withstand the pressures of firing. The Parrott was fired with some risk of the gun exploding or 'letting go'...
Wilbur Kurburski, the sexton, remembers placing cement blocks under the gun which was held up by a hydraulic lift when the park's Civil War garden was restored. First, the muzzle was lowered on to a platform, then the breech was held by the lift as the platform for the rear of the gun was built up.
Kurburski also said he believes the ashes of I.R. Richardson, who started the Women's Relief Corps during the Civil War are buried within the right pillar of the archway which bears that name. The archway marks the entrance to the Civil War section of the Lakeview Cemetery. The Lakeview Parrott is No. 287, cast in 1864 and is mounted on two cement pillars....
Parrotts were a rifled cannon. Feel inside the muzzle for the ridges. This 'rifling' increased the range and accuracy of projectiles over those fired from smoothbore cannons.
However, projectiles from rifles sometimes buried themselves before they exploded. Smoothbore guns rarely buried their ordnance. At the rear of each Parrott is a knob with a hole in it. When traveling this knob was turned so a rope could secure the cannon to its wagon.
During combat the knot was turned so the elevating screw could be placed in the knob and then used for aiming the cannon."
Lakeview Cemetery Civil War Arch 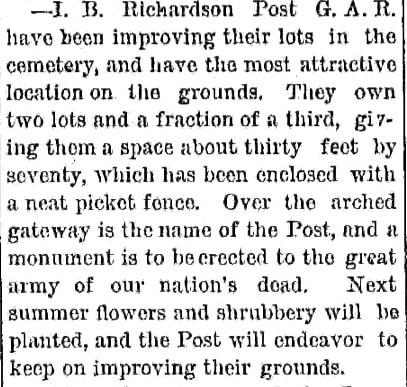 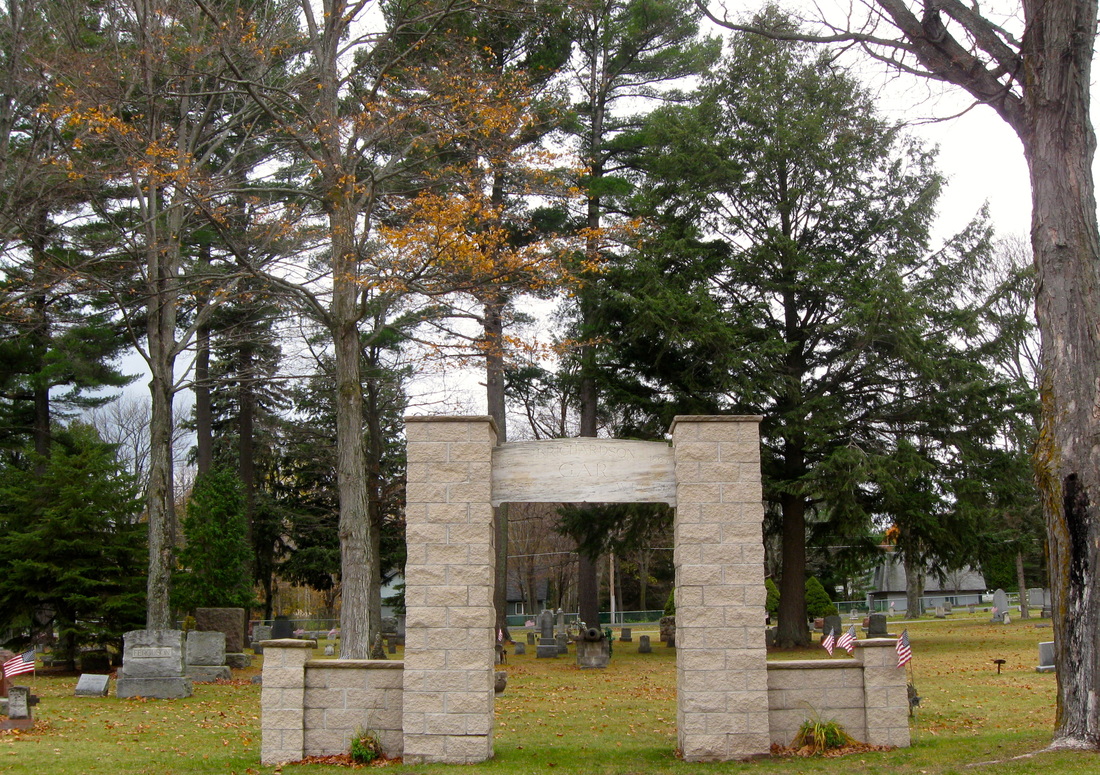 7 November 2013 ~ Lakeview Cemetery Harbor Springs MI
The Civil War arch shown in the photo above is not the original arch.
A photo of the arch and columns originally built is shown on the
Robert Finch Camp No. 14 SUVCW website.

Above the original Civil War Arch, and the rebuilt arch as shown above and below, is engraved: 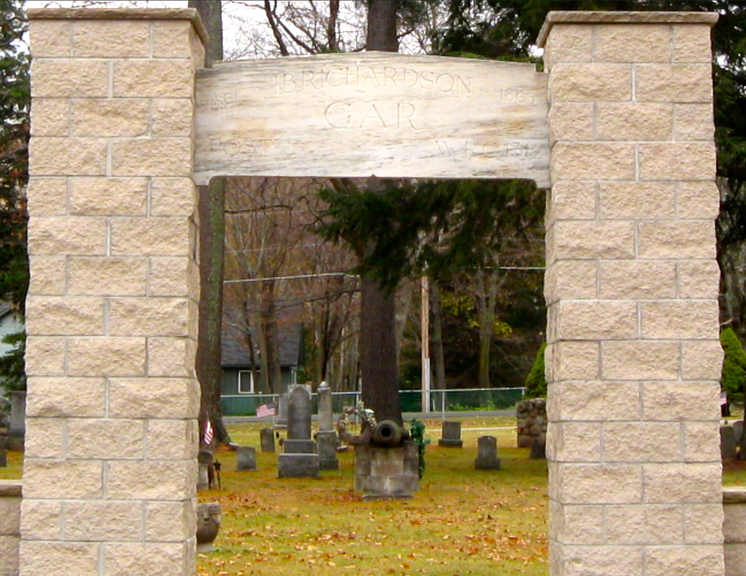 7 November 2013 ~ Lakeview Cemetery Harbor Springs MI
The Civil War Arch holds the remains of I.B. Richardson in the right side of the column of the arch as shown in the photo below as noted in Nancy's Hall's words of the Sexton Kurburski written toward the top of this webpage.

The Robert Finch Camp No. 14 SUVCW has posted Reference to this supposed entombing of I.B. Richardson's remains titled A Sharpshooter Mystery. The Civil War Memorials Officer Scott Schwander is looking for answers to the mystery's following questions and comments:

Who is I.B. Richardson, and why are his remains supposedly entombed in this column of the archway? The Post in Harbor Springs, Michigan, was named after Major General Israel B. Richardson "Fightin' Dick" who was killed at the Battle of Antietam and interred at Oak Hill Cemetery in Pontiac MI in 1862. He was not entombed in an arch that was created years after the war.

Does anyone have any input regarding this mystery? Ted Mattis is the commander of Robert Finch Camp No. 14 SUVCW in 2017. Contact information for the various officers may be accessed by clicking here. 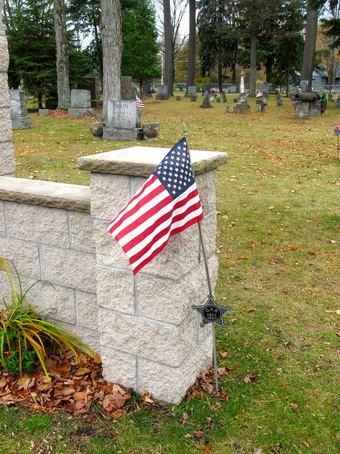 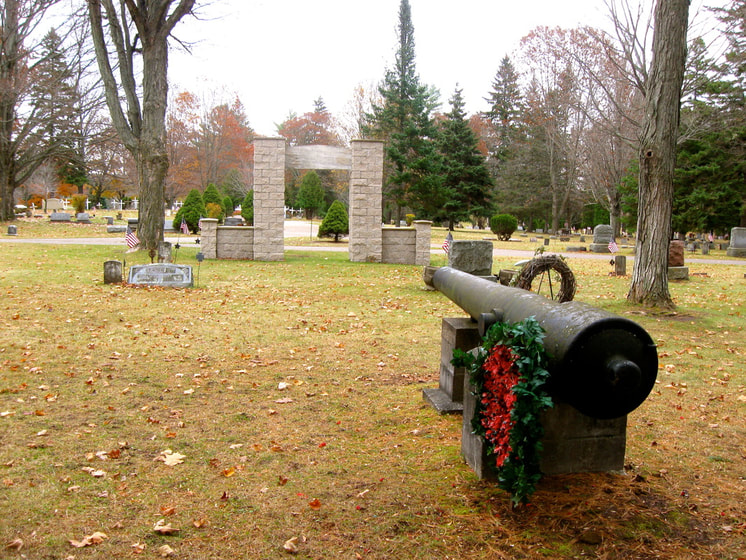 7 November 2013 Lakeview Cemetery Harbor Springs MI
Through the Civil War Arch can be viewed the 30 pounder Army Parrott Rifle, weighing 4,210 pounds,
No. 287 which was cast in 1864.
The markings are shown in the two photos below.
A side view of the Parrott Rifle is shown in the photo below. 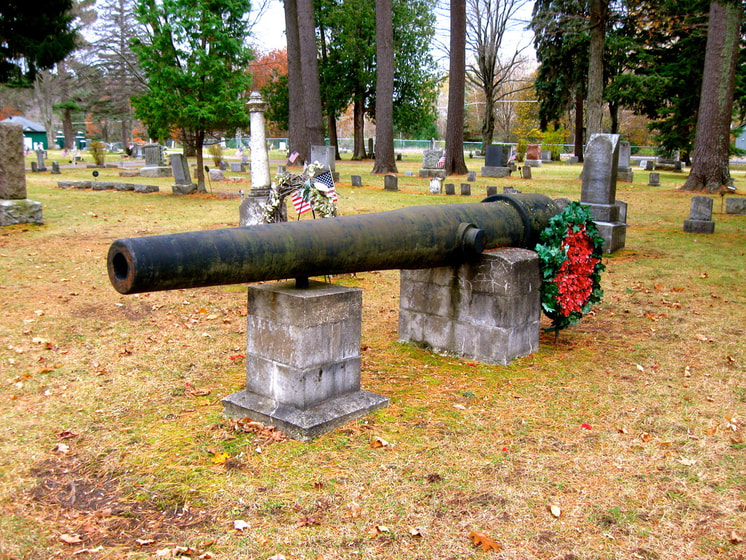 7 November 2013
Lakeview Cemetery Harbor Springs MI holds many military tombstones.
One of those Civil War tombstones, located closest to the Civil War arch is for
Charles A. Tanner of CO. B. 23 Ohio INF as shown in the photo below. 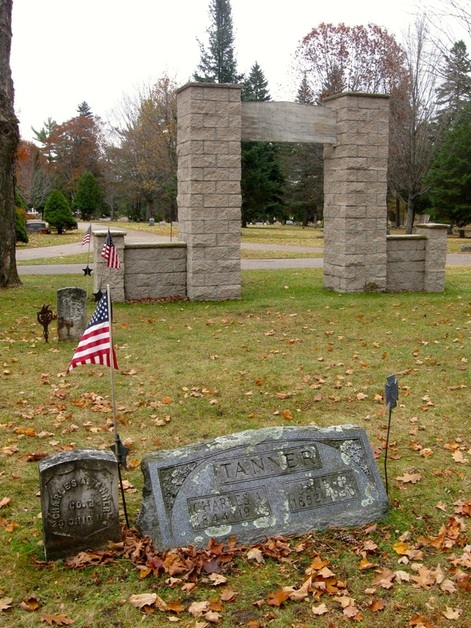 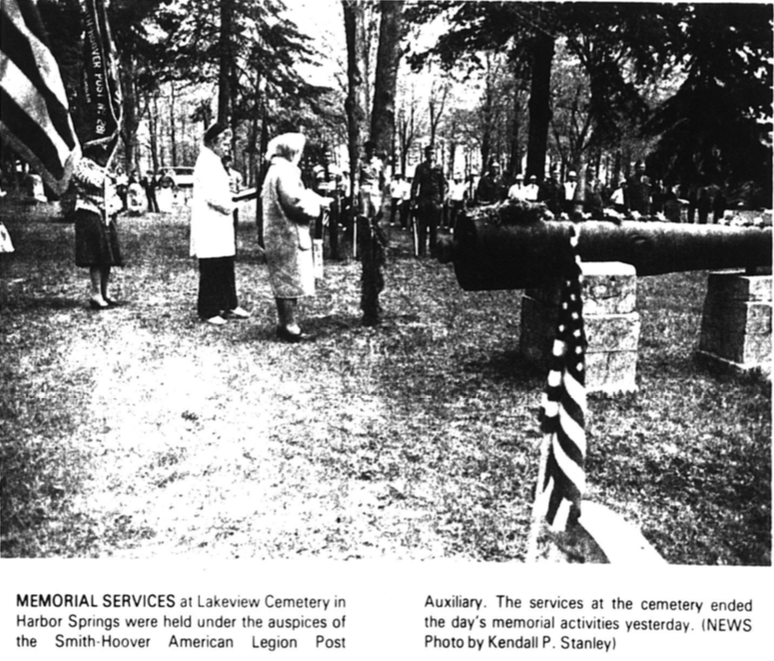 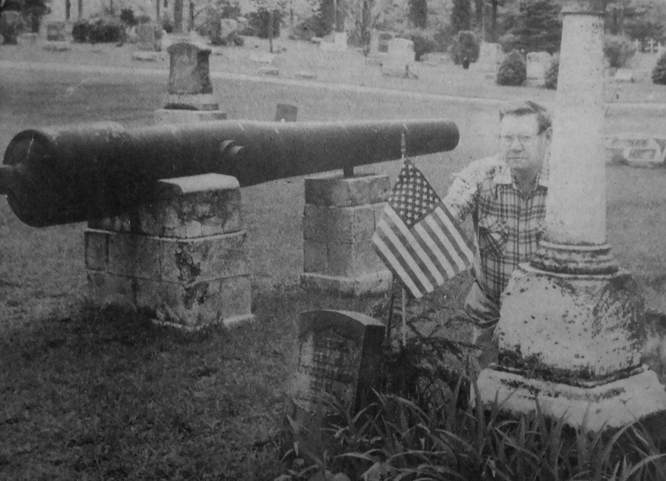 The three photos below show a part of Lakeview Cemetery
located away from the main part of the cemetery.
All of the markers below, and beside the huge cross, are of the Spanish America War (1898 ~ 1902),
except for two of the markers are for the Civil War veterans. 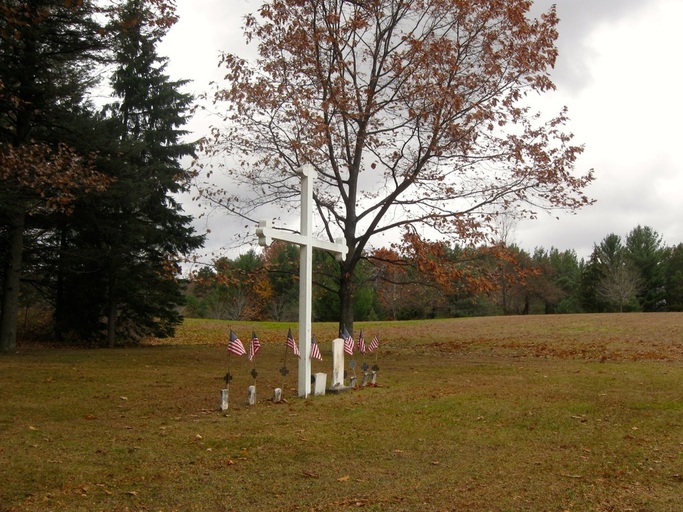 7 November 2013
The two photos above show tombstone in the lineup, below the large cross,
with engravings on these stones.
Photo Left: Henry Felix Died Sept. 23, 1864.
Photo Right: Raphaell (the rest is difficult to read)... Aged 27 years
Obituary Below: 1950 ~ Funeral Planned for Sgt. Robert John Tippett