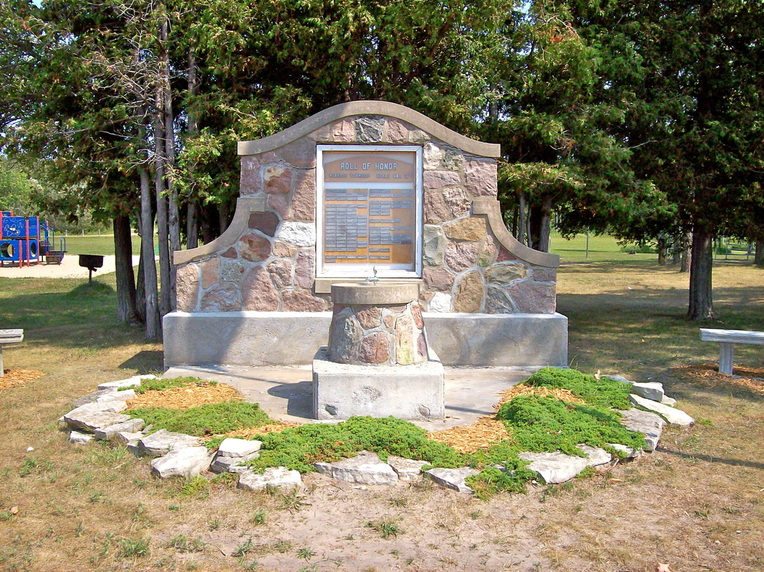 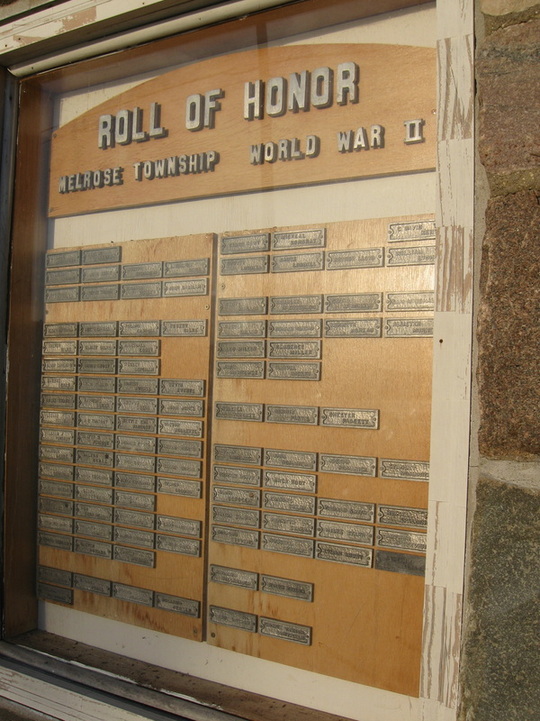 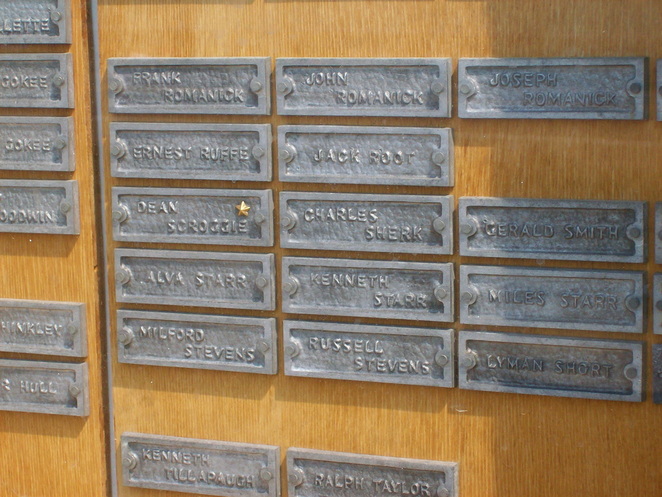 ROLL OF HONOR (Close up of some of the names on the memorial)
The bronze plaque on the Veteran's Memorial, honoring Melose Township WWII veterans,
was made by Walloon Lake resident Burt Burns. The stone work was completed by Clare Bates.
Frank Burns' daughter Barb has kept memorabilia from when her father made the plaque of the military memorial. She has submitted the photo below of the leftover letters that were used in the title of the plaque as seen on the top photo of this webpage. Barb remembers having spent many hours playing with the letters when she was little. The letters resurfaced recently when cleaning out Barb's mom's house after Mildred Burns died in the last few years. Barb wishes that her boys, and grandkids could have played with the letters too for tradition's sake. 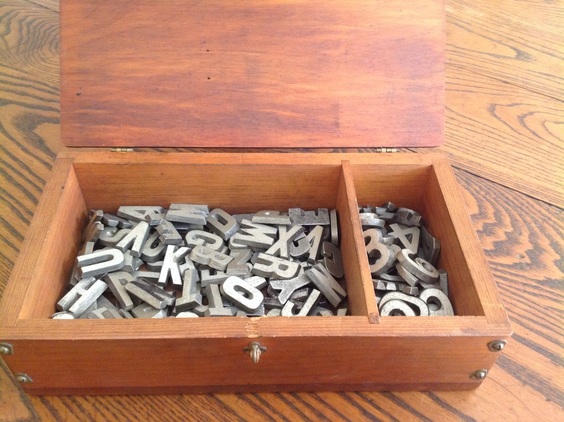 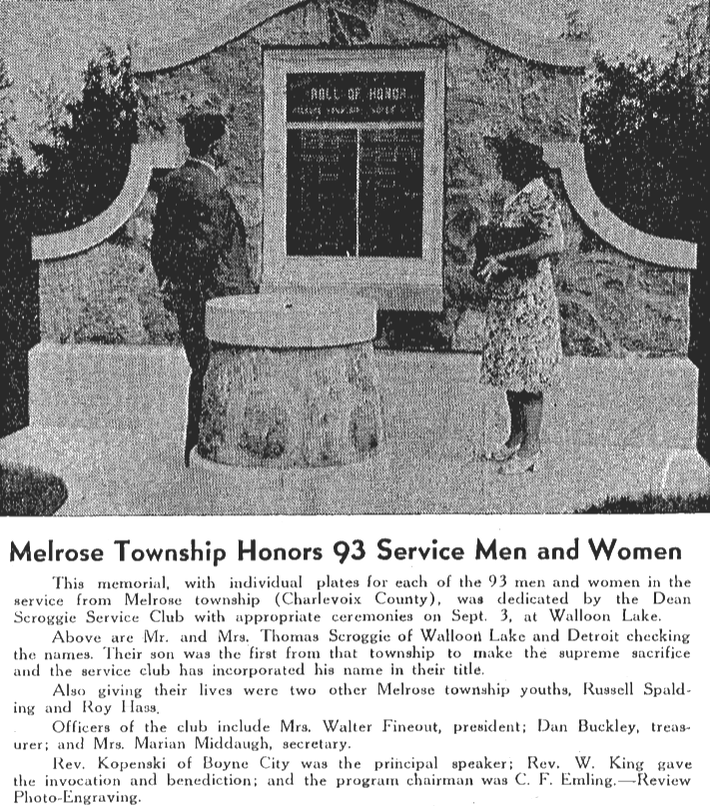 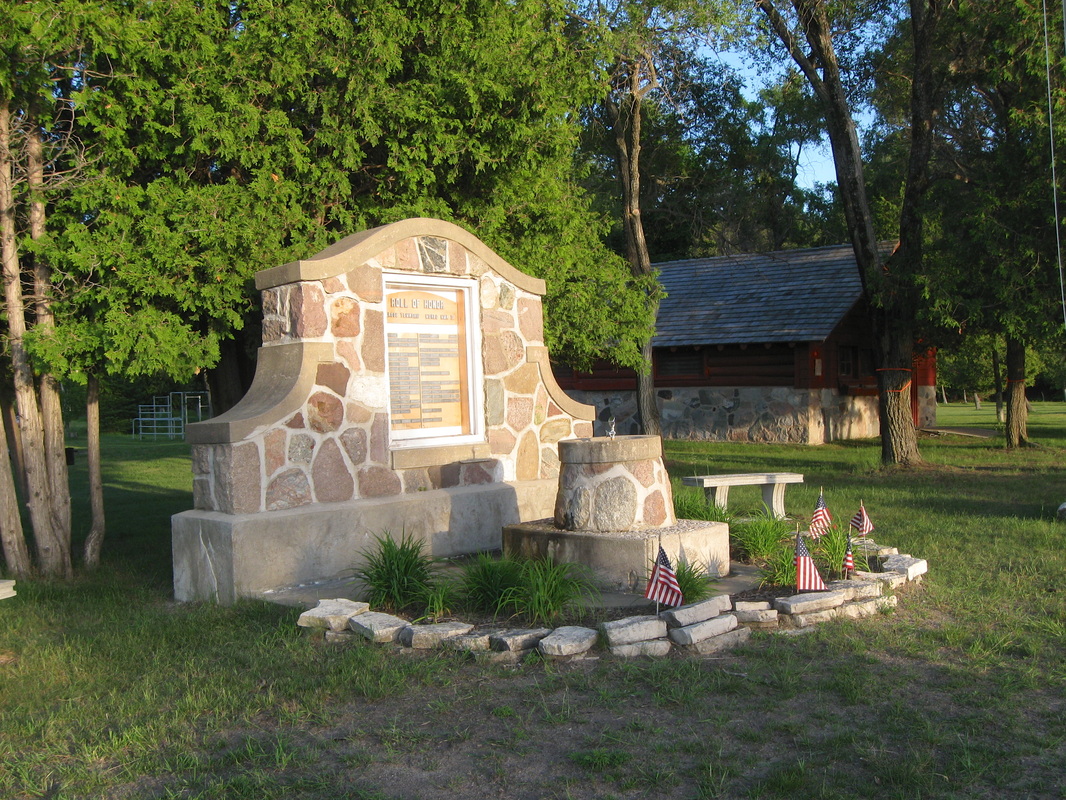 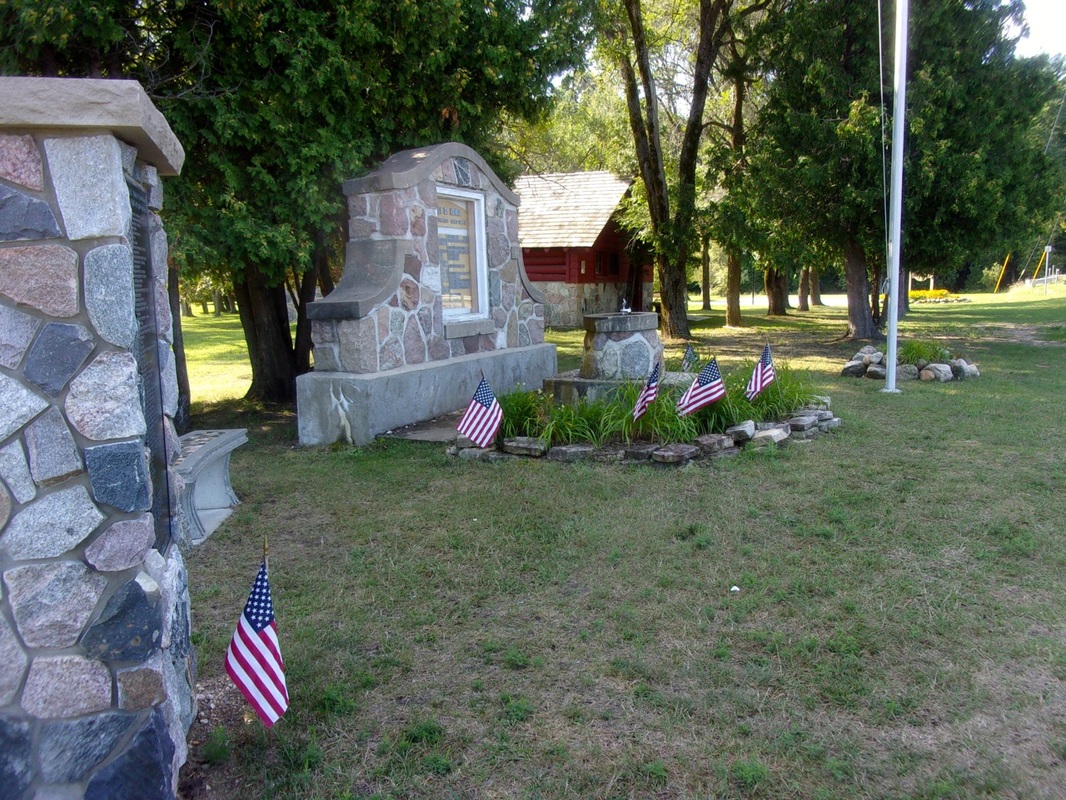 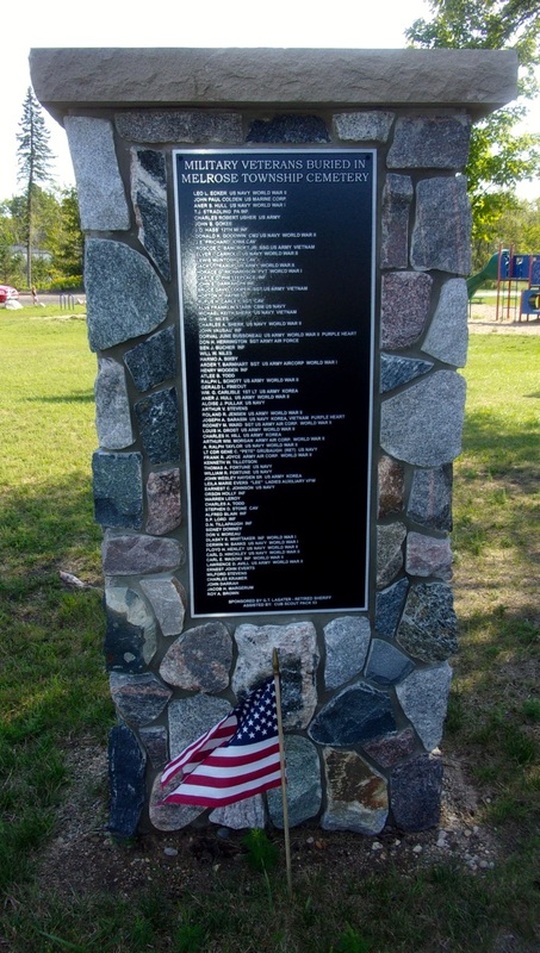 23 August 2016 ~ Military Veterans Buried in Melrose Township Cemetery
Although Alva Franklin Starr, father of Ken Starr, is listed on this new memorial, Ken who served in WWII and was on Pearl Harbor the day it was bombed, is not listed on this memorial. Ken is buried in the Melrose Township Cemetery (aka Maple Hill Cemetery or Clarion Cemetery) right beside his father Alva. Ken's name was perhaps omitted, because he did not pass away until 2014 (as shown on his obituary), and the plaque may have been prepared before then. 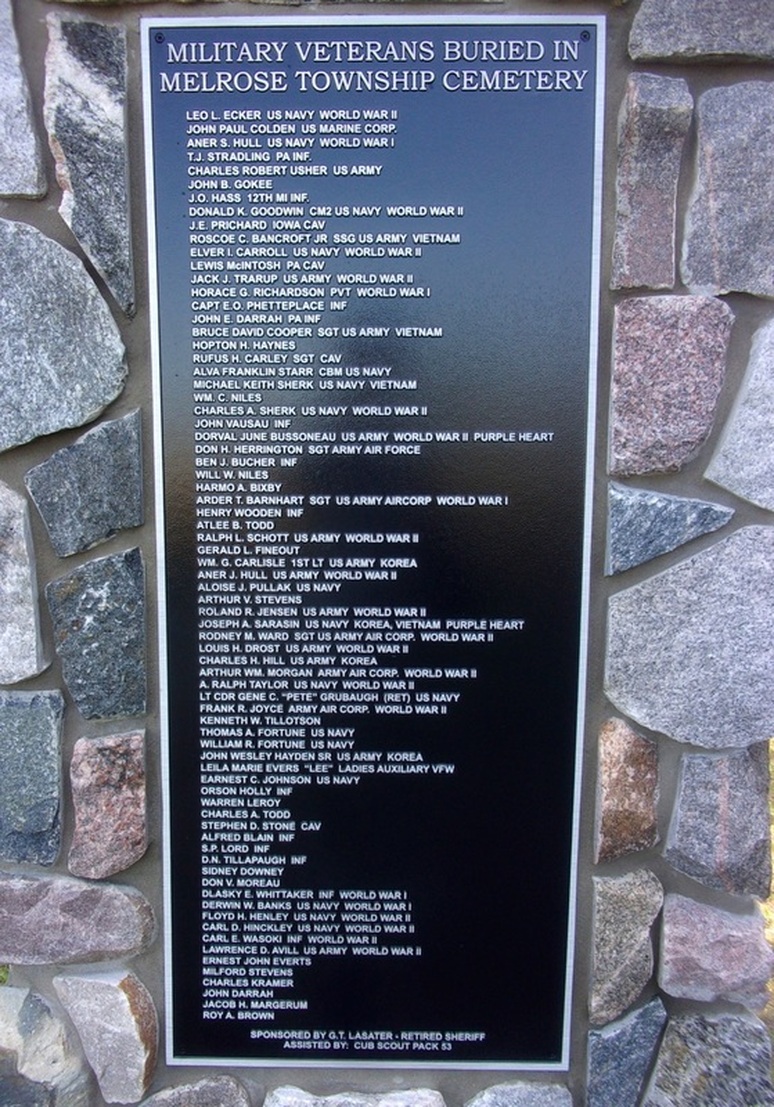 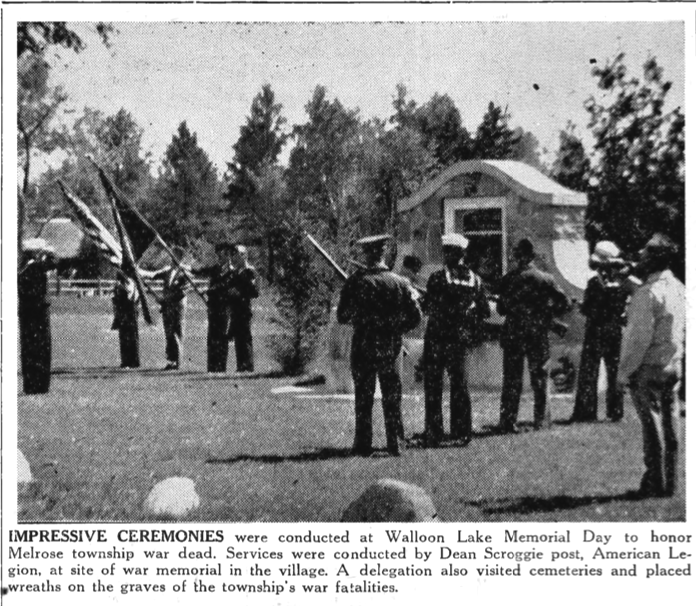