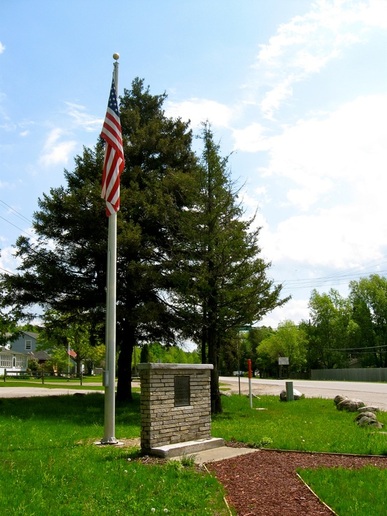 30 May 2013
December 2012... the roadside (along U.S. 31) war memorial in Oden was recently refurbished by local volunteers. A group then met to commemorate the improvements; including Petoskey Lowe's staff Randy Reed, Mark Schmidt, David Dost, Linda Blanchard, Sue Dye and Steve Rinock... along with Jim Alton (VA Director) and Littlefield Township trustee Katie Derrohn. Littlefield Township paid to have the memorial's base installed, and a lock for the new flag pole which was provided by the Michigan Department of Transportation (MDOT). The pole was made from a former support post off the Mackinac Bridge.
Woodruff Park Includes A War Memorial And A Flowing Artesian Well
The flowing artesian well has been an attraction to the Oden roadside park for many, many years.
People still drive from miles around to fill containers with the fresh cold water. 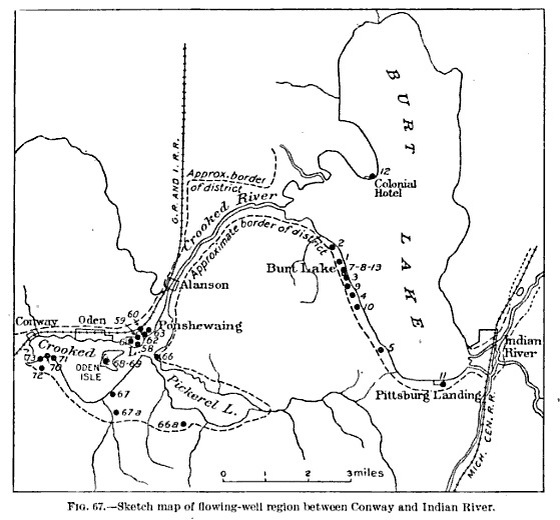 "... The [artesian] wells are best developed and strongest on the north side of the lake, chiefly at Oden, a few at Conway, Alanson, and Ponshewaing, while on the south side of the lake they are difficult to obtain and only a few exist... The first effort to get a flowing well was made in 1884 at Oden in a search for suitable water for boiler use in engines of the Grand Rapids and Indiana Railway."
TOP