Please do not copy the photos on this site, many of which have been submitted by private individuals...
just come back and visit the site often to view the photos.
"Clicking" on some color highlighted words may access additional information;
Most posted items will enlarge by "clicking" on them. 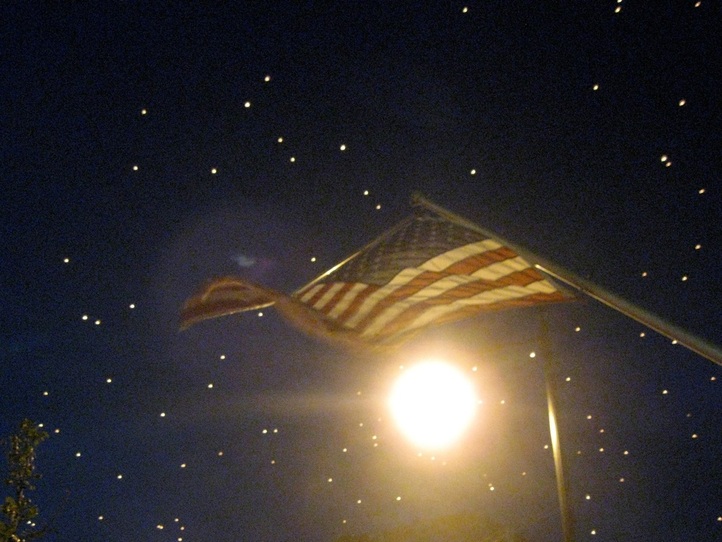 Access additional Bennington flag information by clicking HERE.
In 2021, the Bennington flag, a version of the American flag associated with the American Revolution Battle of Bennington, was hanging gallantly on the pole at the Boyne City Veteran's Memorial. Various American flags which are legal to fly have hung from that pole, as shown in the photo below. The memorial is for all veterans, from all wars. 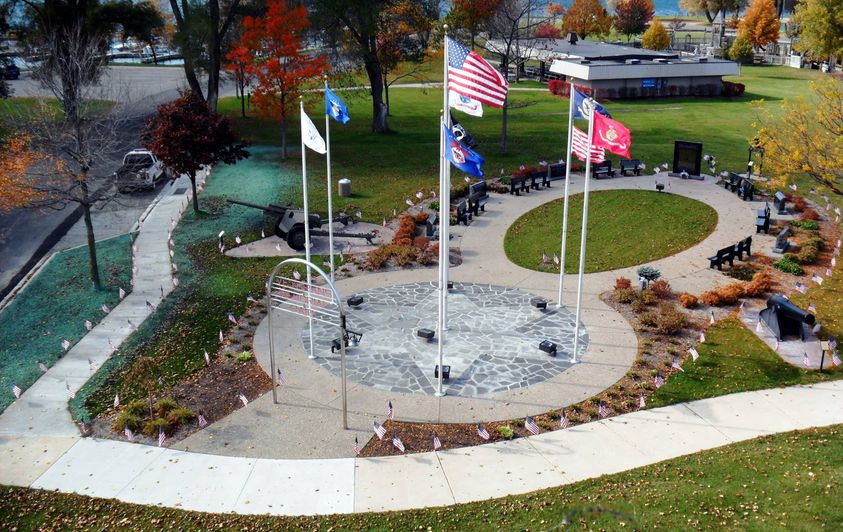 The Boyne City Veteran Memorial Park showing various military related American flags... hung in honor of all veterans.
One night in August 2021 at the Boyne City Veteran Memorial, the lighted proudly flying American Bennington flag was taken down and stolen, leaving the POW flag crumpled on the ground in the process. Unknown to the perpetrator, video security caught the entire stealing of the Bennington flag, and the desecration of the memorial and POW flag. When caught, the thief and desecrator told that she had taken the flag, as an emotional frustrated action, because in her mind, she associated the Bennington flag with the recent 6 January 2021 attack by protestors at the U.S. Capitol, thinking that was the flag carried by a protestor and representing "white supremacy" is what she stated at a commissioner meeting. In exchange, in court, for pleading guilty to the first count, “malicious destruction of a monument”, which includes removing an item from a memorial (the flag in this case), the judge would offer a 1-year delay in sentencing for the first charge of malicious destruction of a monument/memorial, and dismissal of the second charge of larceny. So, the perpetrator was sentenced for "malicious destruction at the Veteran's Memorial". She was sentenced on 24 March 2022 for fines/fees of $725.00, 3 months probation, 90 hours of community service, writing a "paper on proper Flag etiquette to the court and a written apology to the Boyne Area Veteran's Memorial committee for her actions.
Additional Pages Below on this Charlevoix Emmet website for EVENTS:
American Legion
Bands
B-52 Bomber Crash
Cannons
Civil Defense
Jazz Ambassadors
Memorial Day
Monuments and Memorials
Parades
Student Veterans ~ NCMC
Veterans' Day
The Moving Wall™ ~ Vietnam Veterans Memorial
VFW

20 July 1912 ~ Petoskey Evening News
A slideshow including the photo below is composed of photos of a series of posters
of the US Air Force produced by Air Force News Service celebrating
100 Years of AIRPOWER. 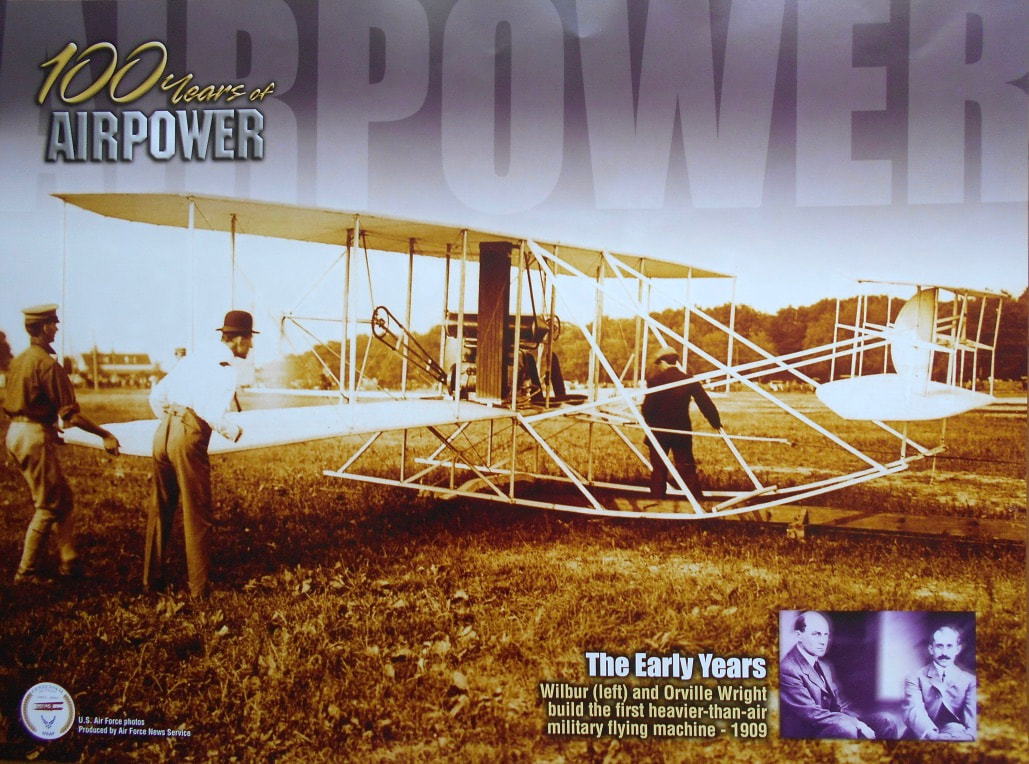