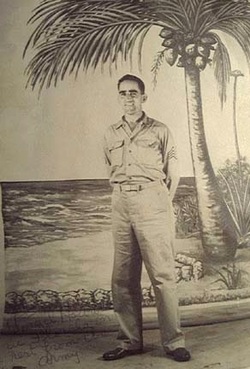 Virgil Howard spent several years on Chandler Hill in Charlevoix County, as well as many years in neighboring Otsego County.  As a young man, Virgil hoped to continue with his schooling and become a school teacher, however, he enlisted in the Army and was inducted in March 1941. During his tour of duty, he left the US in 1942 for the European Theater. From there he went to the North African Theater in November 1942, and came back to the US in July 1943. He began a second overseas tour in North Africa in October and returned to Europe. He left there aand returned to the US again in 1944 with an honorable discharge because of a front line injury during the Italian Campaign. During his service time, he received the Theatre Ribbon, three Bronze Stars, Combat Infantry Badge, Good Conduct Medal ad the American Defense Ribbon. He served as a squad leader on the front lines. Being 26 1/2 years old, he was known as 'Dad' to many of the younger soldiers who looked up to him. In 1997, Virgil received his 50 year veeteran pins from the V.F.W. Clyde Wiles Post. He was a lifetime member of the post and a member of the DAV."

Virgil D. Howard with service number 36153871, Machine Gun Sargent enlisted March 28, 1941 at age 27 in the Armored Infantry. He trained in Fort Dix, Camp Patrick Henry and Fort Knox, Camp Polk, and Fort Sheridan. He was in the First Armored Division of the 6th Armored Infantry of Company E. His promotions included PFC on Nov 1941, Corp on May1943 and Sgt on Dec 1943. Virgil had overseas service in the North African Campaign in the European Theatre with a departure date of 5/31/1942 from NY. He made 2 trips overseas and back...first left May 1942 returned June 20, 1943. Then he left the US again October 2, 1943 and returned August 17, 1944. He received a machine gun bullet through his knee and another injury of his back while driving half-track to the front lines in the Italian Campaign. He returned to the US with a boat load of German prisoners in 1943. They were sent to prison camps in the US. He was discharged at Fort Sheridan, IL November 2, 1944. Virgil's son Don was a Viet Nam Veteran who served 4 years in the Navy, all in the Orient.

Virgil Howard was just one of MANY MANY men and women to serve in the military during World War II from Charlevoix County and Emmet County. 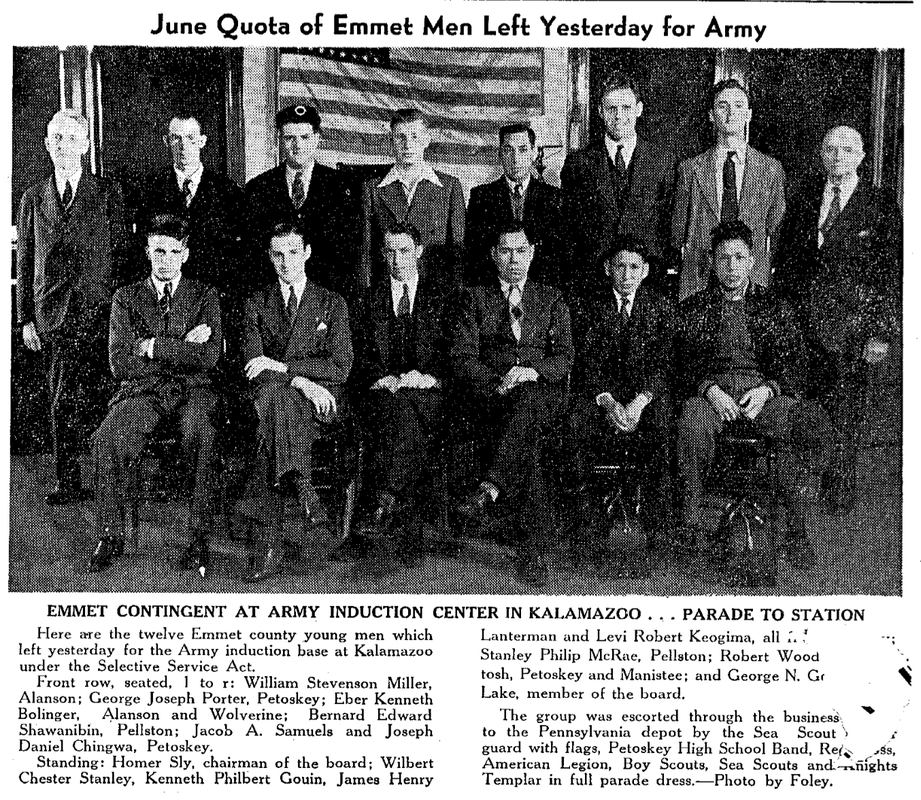 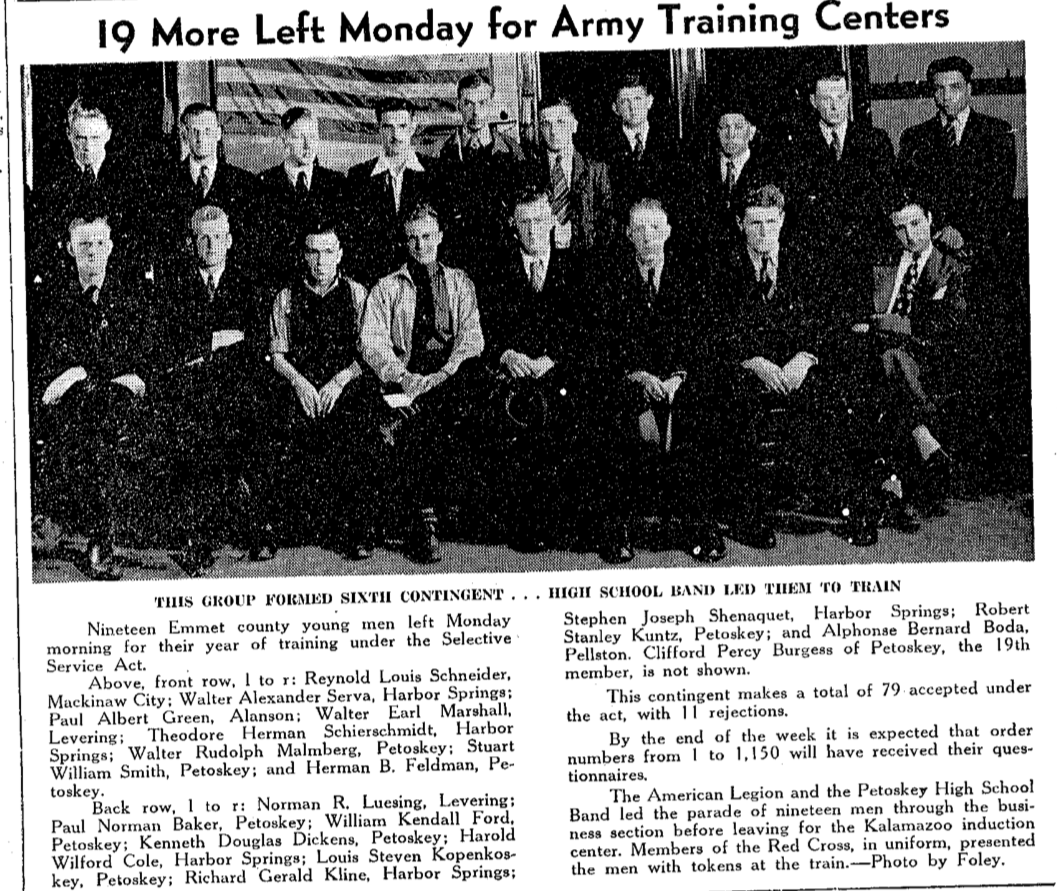 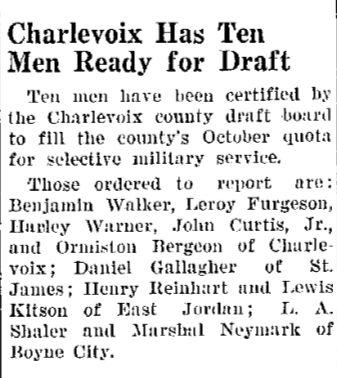 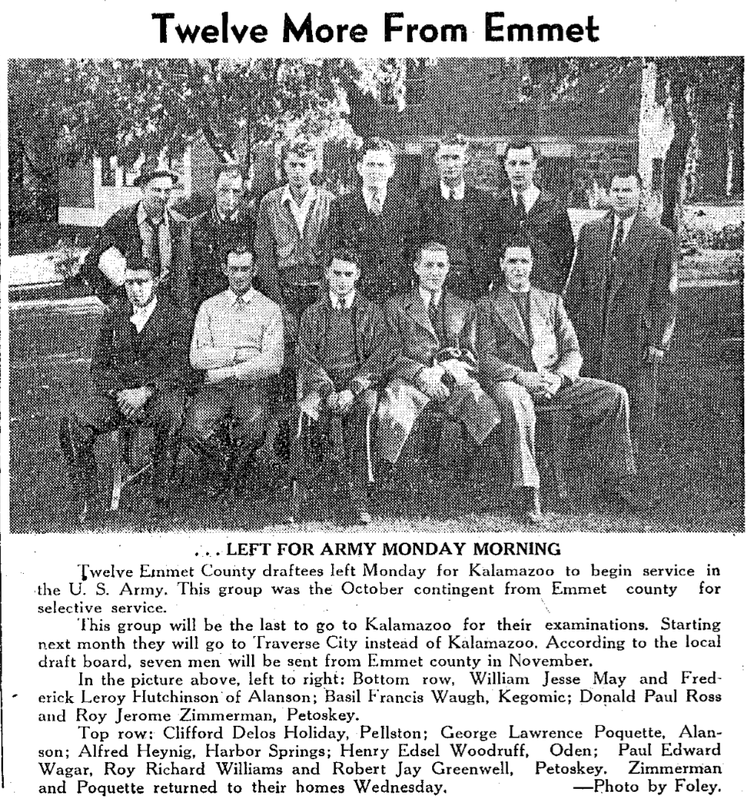 7 June 1945 ~ Northern MIchigan Review
View the alphabetized Military OTHER photos from the PRE-WWII drop down menu above. 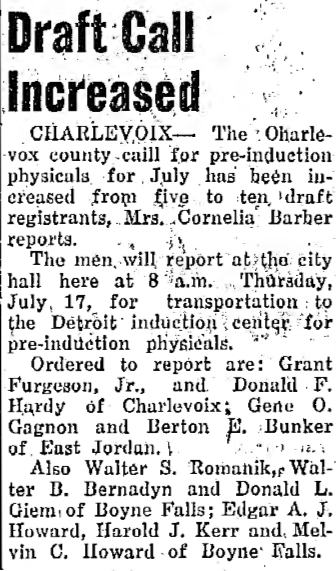