Philippine - American War
(1899 ~ 1902)
Please do not copy the photos on this site, many of which have been submitted by private individuals...
just come back and visit the site often to view the photos.
"Clicking" on some color highlighted words may access additional information.
Most posted items will enlarge by "clicking" on them. 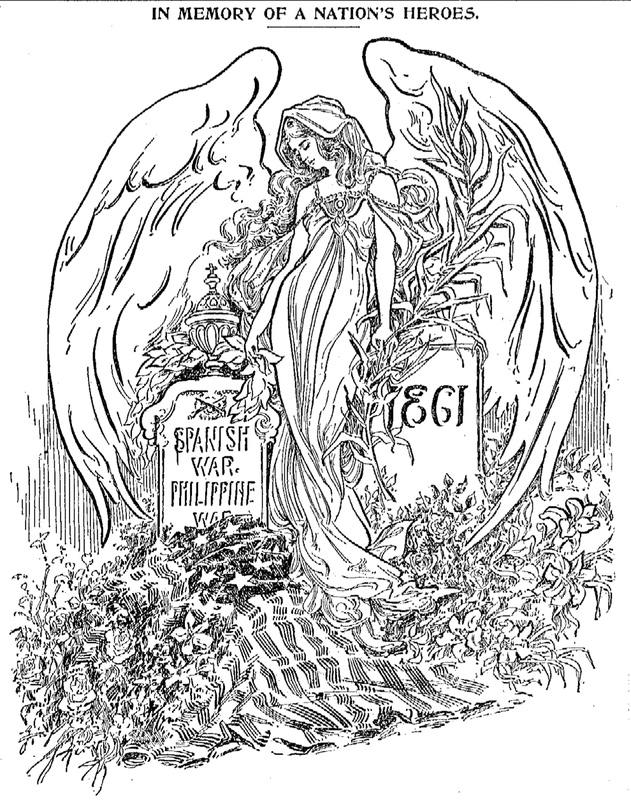 29 May 1901 ~ The Petoskey Record
Emmet County military persons were sent to the Philippines
to be involved in the Philippine-American War (1899 ~ 1913)
which was an armed conflict between the U.S. and Filipino Revolutionaries. 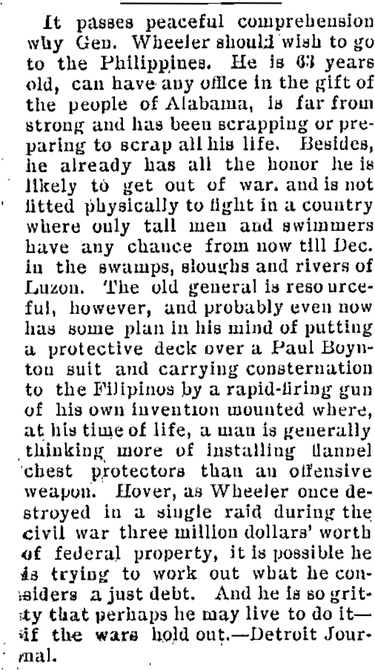 9 August 1901 ~ The Independent Democrat
Article Below: At the time that Petoskey's Sergeant Charlie Phillips who had just returned from two years service in China and the Philippines, President McKinley had just been assassinated in September of 1901, by a man who had been born in Alpena MI. Sergeant Phillips then found himself stationed as a guard over the body of the President on its way to Washington DC, and to the last resting place. 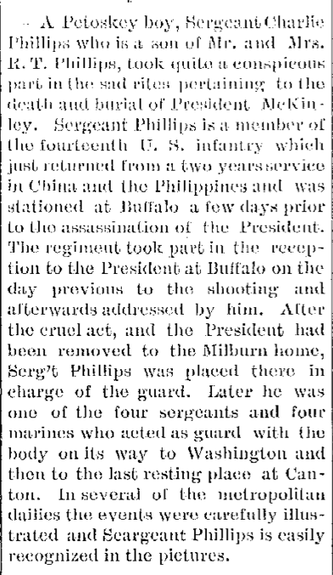 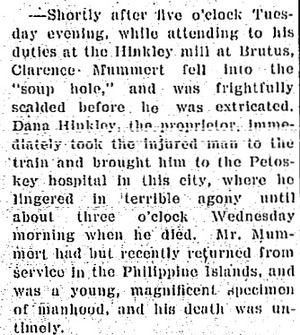