Please do not copy the photos on this site, many of which have been submitted by private individuals...
just come back and visit the site often to view the photos.
"Clicking" on some color highlighted words may access additional information;
Most posted items will enlarge by "clicking" on them.
The Korean War, really a United Nations sponsored police action, can more accurately be termed the Korean Conflict. The Korean Conflict has been stated to have started June 25, 1950 and ceased in Panmunjom, Korea on July 27, 1953 with no formal terms for ending the conflict. It has also been stated “No Winner” can claim victory for the Korean War/Conflict, but then does any war or conflict have a Winner?

Article Below: "The father of a Detroit serviceman killed in Korean has filed suit in circuit court for double indemnity payment under his son's life insurance policies." The father charged that the death of his son was accidental because it occurred during an undeclared war. The insurance company refused to "pay double indemnity stating it is not liable because the soldier's death 'was intentionally occasioned by action by an enemy of the U.S. in a time of war.'" So, was it a WAR or a CONFLICT? 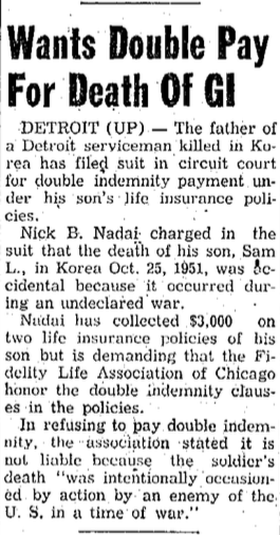 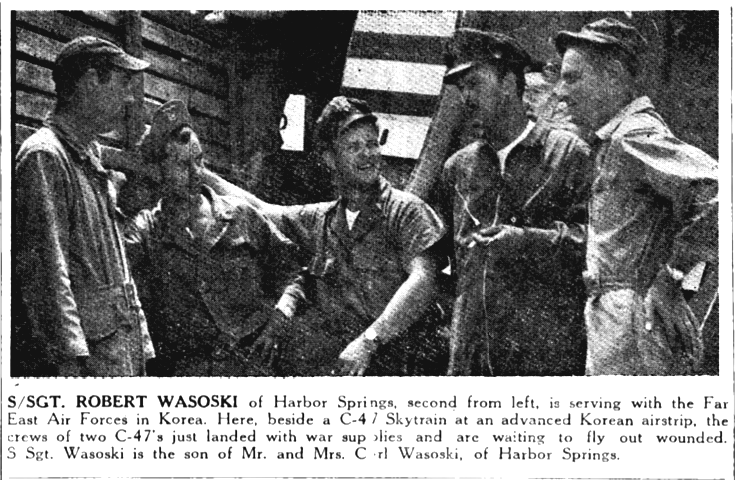 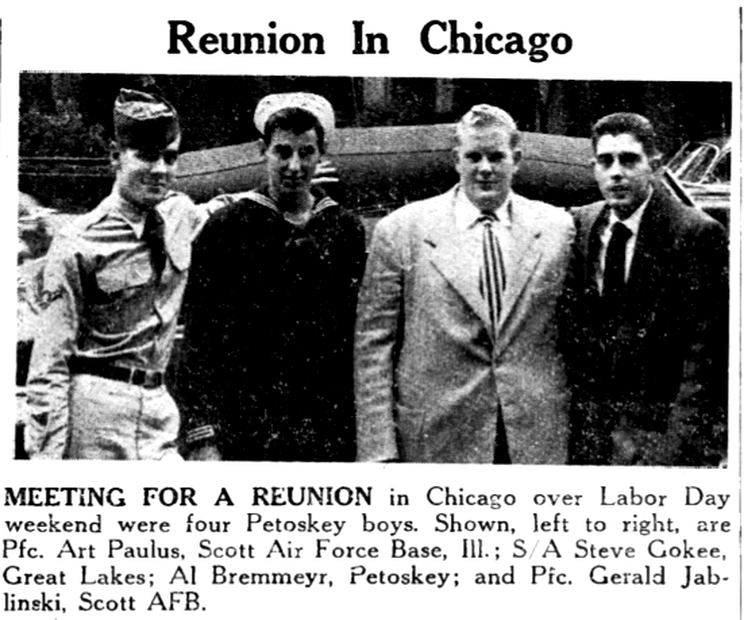 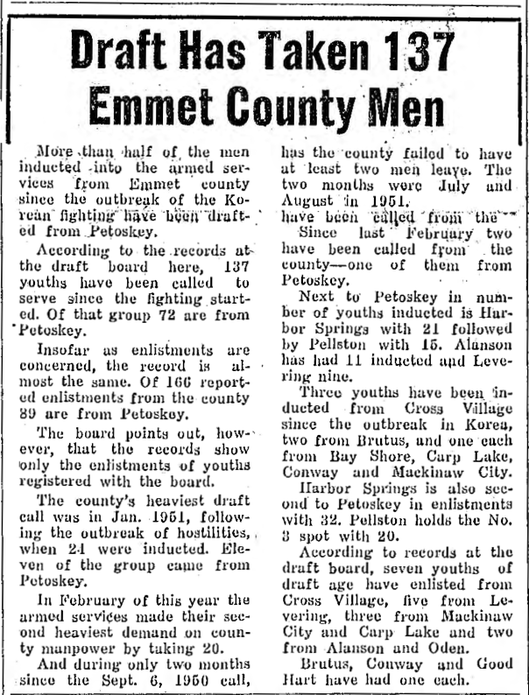 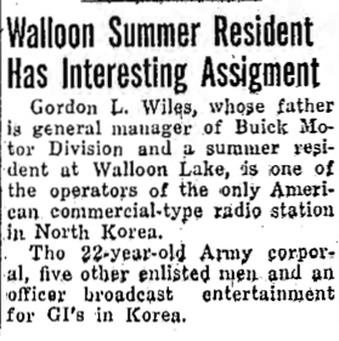 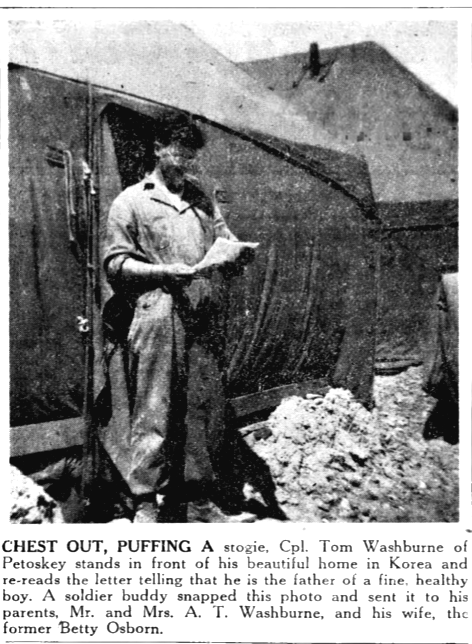 12 June 1952 ~ Northern Michigan Review
~ Tom & Dick's Party Store ~
Friends and business partners Tom Washburne (also in photo/text above)
and Richard "Dick" Oelke opened their Petoskey, Michigan, party store in 1953.
Following the military (see photo article below), Tom and Dick purchased the Harry Lee Grocery store on Emmet Street and renamed it Tom and Dick's.
Both Tom and Dick retired in 1991.
Dick passed away 11 January 2002 and Tom passed away 17 May 2007.
Tom and Dick's Party Store still exists under the same name in 2022,
​and in the same 921 Emmet Street location. 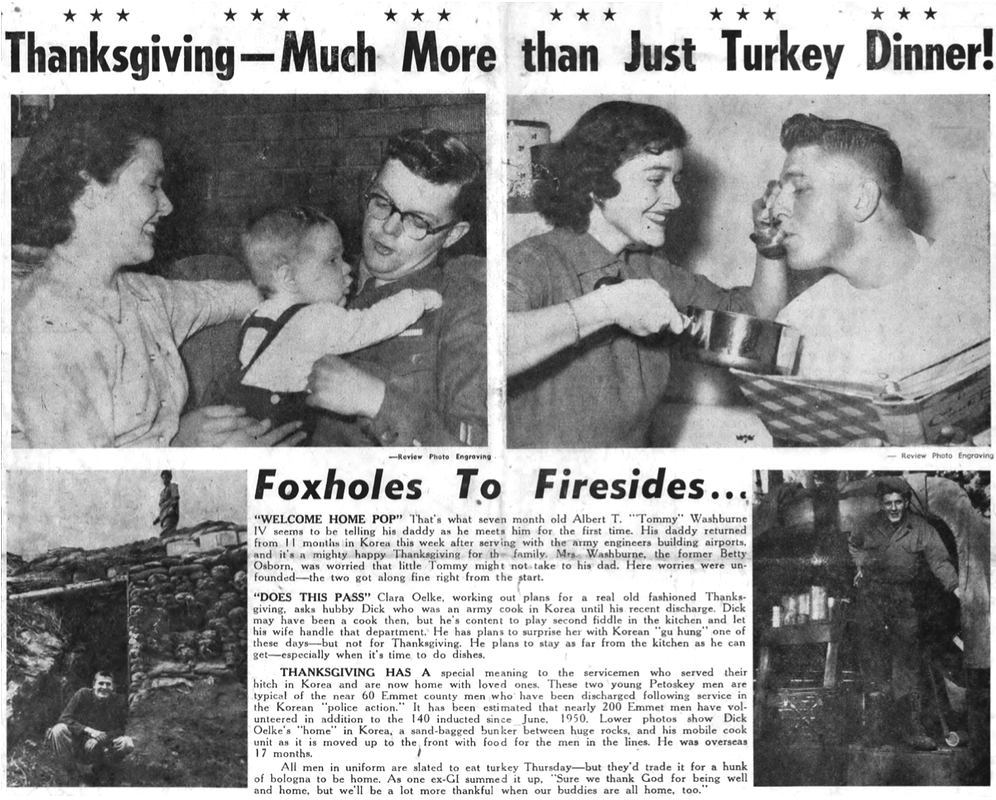 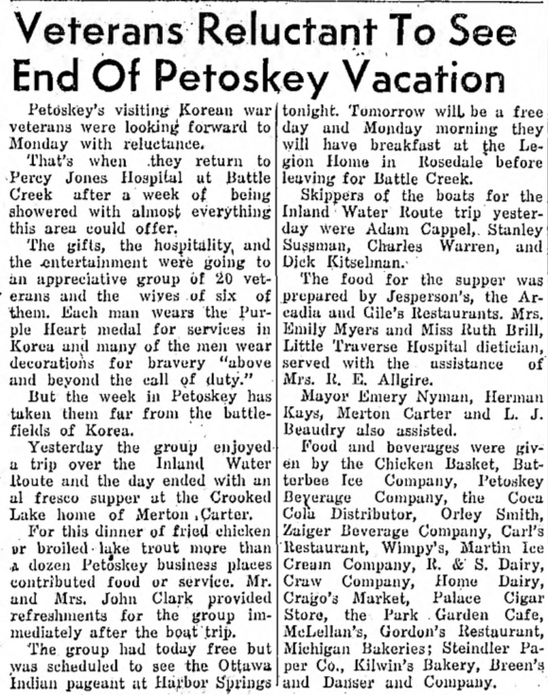 19 July 1952 ~ Petoskey Evening News
The "Tomb of the Unknowns" is a monument dedicated to American service members who have died without their remains being identified. It is also known as the "Tomb of the Unknown Soldier"; it has never been officially named. The back of the postcard below reads: "Tomb of the Unknowns where rest in honored glory Unknown Americans who fell in both World Wars and in the Korean War. Continuous vigil is maintained by Tomb Guards, specially chosen form the 1st Battle Group, 3rd Infantry, part of the Military District of Washington command." 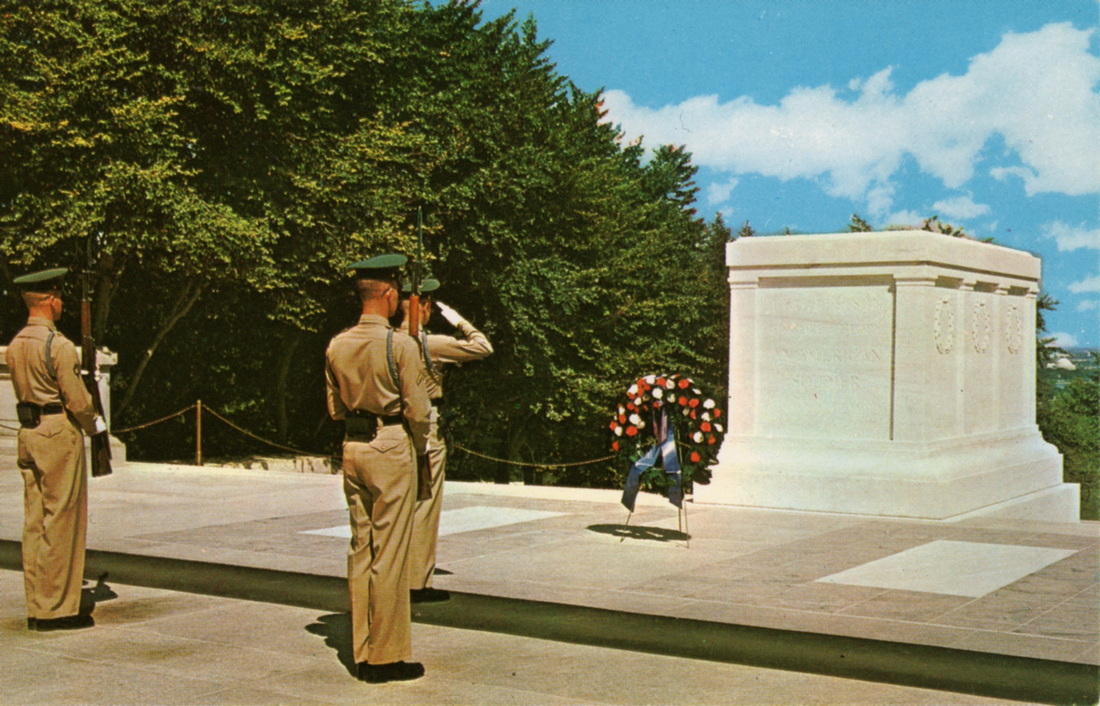 Old postcard ~ Labeled as "Tomb of the Unknowns"

Captain George Porter served in both WWII and the Korean War/Conflict. 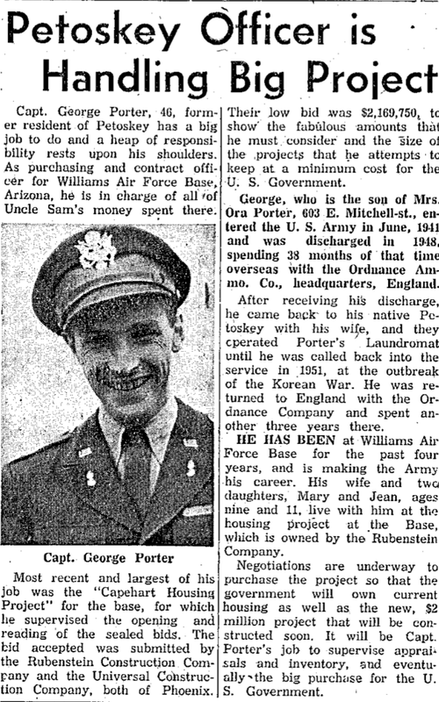 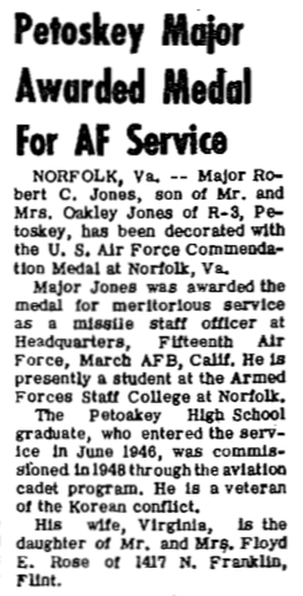 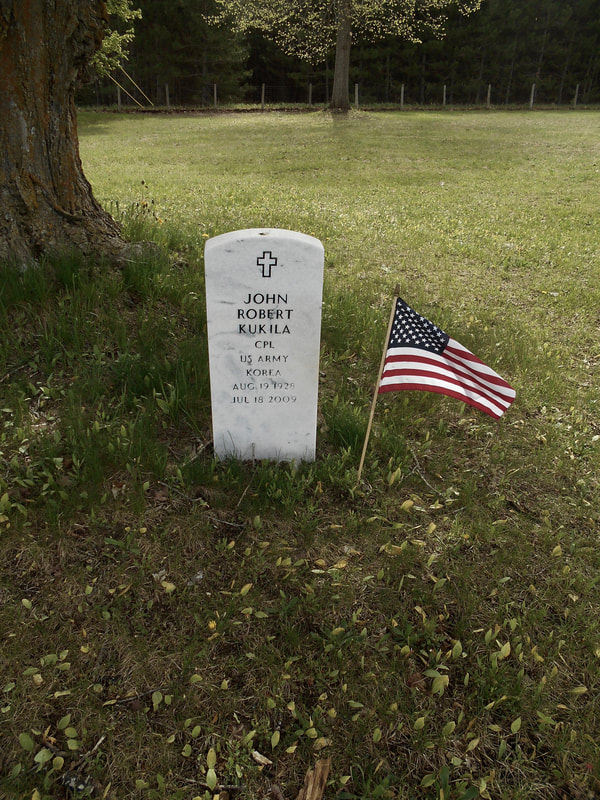