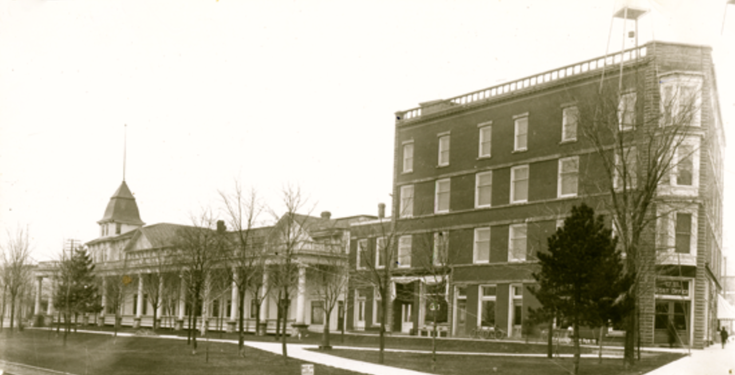 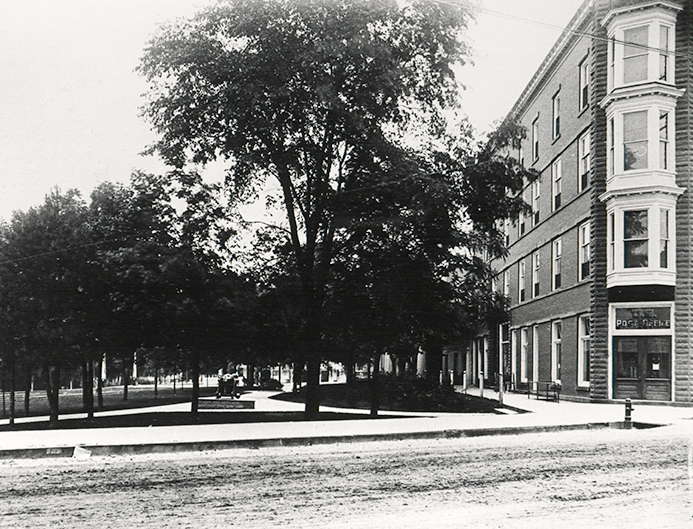 1905, Or After, When the Cannon Had Been Set In Cushman Park 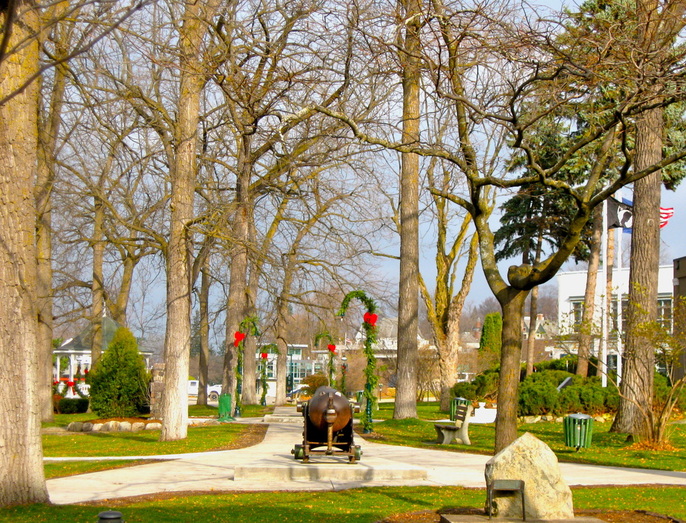 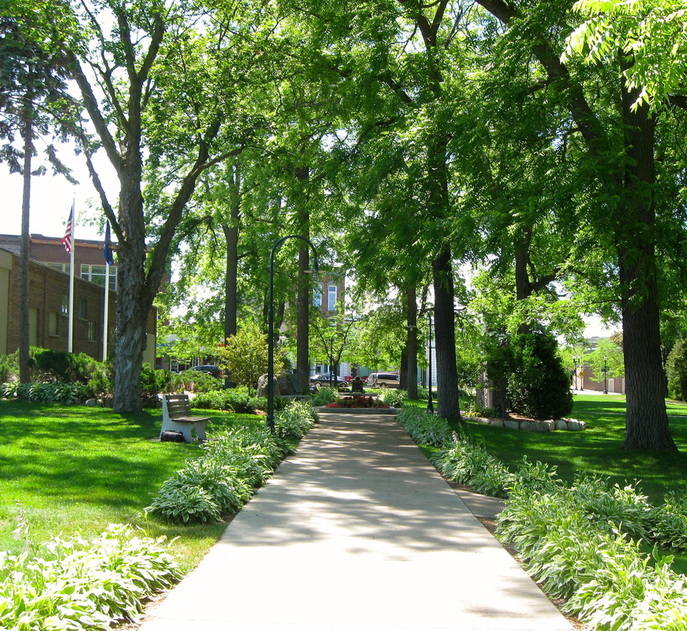 30 June 2013
Pennsylvania Park Petoskey MI
Setting for Military Monuments ~ Memorials and Markers
~ Photos By Karla Howard Buckmaster ~
In 2013, the Pennsylvania Park setting for the Military Monuments is graced with towering old trees, many of them walnut trees which drop their fruit annually. In 1885 The Northern Independent (Harbor Springs Emmet County newspaper) wrote, in the article below, of a very special peach tree which had been planted, and had sprouted in Cushman Park (Name of the park previous to Pennsylvania Park). Does anyone know what happened to the peach tree?

14 July 1885 ~ The Northern Independent newspaper
1945
Bond Sales at the corner of Pennsylvania Park
behind the water fountain that eventually stood in front of the Chamber of Commerce for years... 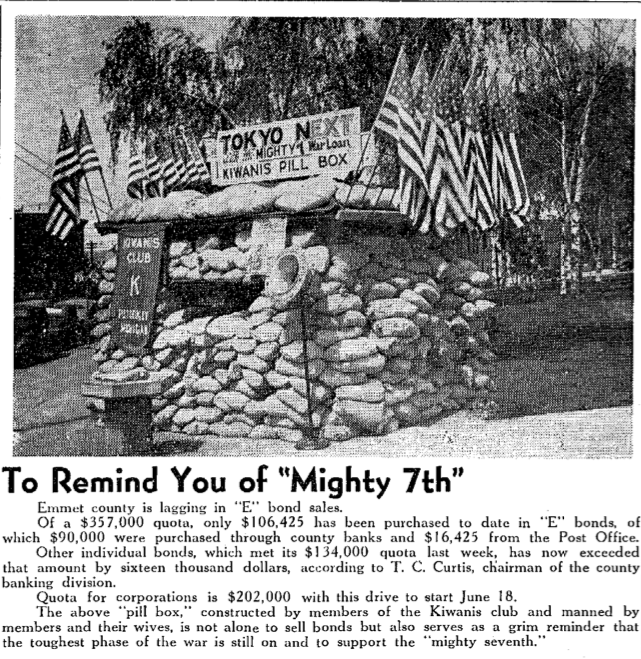 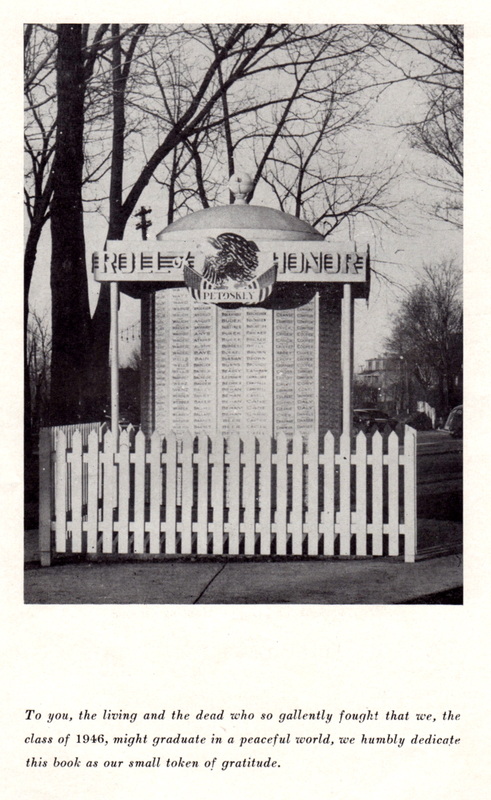 Second Page of 1946 The Petosegan ~ Petoskey High School Yearbook
Does anyone know where this memorial in the photo above was located? Is the building in the background on the right familiar? One suggested possibility was that it was first located in Pennsylvania Park, and later moved to the triangle park (Veteran Park) on West Mitchell Street across from Zion Lutheran Church. The memorial does not exist in 2013.
1949 ~ The Veteran Memorial was being taken down. In the photo below right Kroger, corner of Howard and Mitchell streets, is seen in the background
to give an orientation of the location of the memorial.
Civil War Memorial
Desert Shield/Storm
In Memory
Purple Heart
The Freedom Tree Dedicated To All Prisoners Of War And Missing In Action
Viet Nam Memorial
World War I Memorial
World War II/Korea Memorial
TOP