All photographs on this page, except as noted, were taken by Karla Howard Buckmaster.
Please do not copy the photos on this site, many of which have been submitted by private individuals...
just come back and visit the site often to view the photos.
"Clicking" on some color highlighted words may access additional information;
Most posted items will enlarge by "clicking" on them. 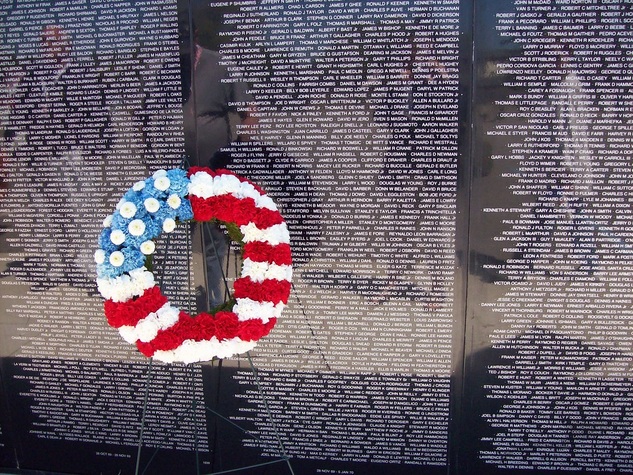 The Moving Wall™ ~ Petoskey MI
"IN HONOR OF THE MEN AND WOMEN OF THE ARMED FORCES OF THE UNITED STATES WHO SERVED IN THE VIETNAM WAR. THE NAMES OF THOSE WHO GAVE THEIR LIVES AND OF THOSE WHO REMAIN MISSING ARE INSCRIBED IN THE ORDER THEY WERE TAKEN FROM US."

Preamble of the Vietnam Veterans Memorial
My cousin Harlan Howard's stepson Corporal James Van "Jimmy" Wood Howard was killed 30 October 1968 in Vietnam [Panel 40 West, Line 58]. Because of Jimmy's death, Jimmy's mother, country music singer, Jan Howard, was approached to help raise money for the fund to build The Wall in Washington DC. Jan has received many awards for her efforts involved with the Veterans Memorial. Jan's reply when asked about the awards: "I’ve received awards from many different veterans organizations, each of which I'm honored. Most are associated with Vietnam Veterans. I was contacted when the idea of the Vietnam Veterans Memorial in Washington first began. I and many military figures did press conferences for Time, Newsweek, The Washington Post, New York Times, and other media for support of the idea. Letters about the Memorial were sent out on my personal stationary asking for donations. I also did many radiothons all over the country. After many meetings the design was chosen. I don't want this to sound as if I was the only one involved....there were many who gave their time, support and money to achieve the end result...an awesome sight. Over fifty-eight thousand names are on the Wall, each of whom paid the ultimate price for freedom."


I have had the privilege of visiting The Wall in Washington DC and was overcome with emotion. I felt that same emotion when I was able to visit, along with my husband Sheldon and good friend Connie Tanner, The Moving Wall™, the half-size replica of The Wall, when it traveled to Petoskey MI in 2008. Connie's son Doug Tanner was killed in Vietnam, so Connie wanted to pay tribute to Doug by finding his name on The Moving Wall™.  ~ Karla Howard Buckmaster
The Moving Wall™ ~ http://www.themovingwall.org/
Traveling Wall ~ 'Traveling Wall' to be escorted into Petoskey May 28
Two Photos Below: Doug Tanner in his military uniform...
Other military displays were set up as well, along with veterans monitoring the site. 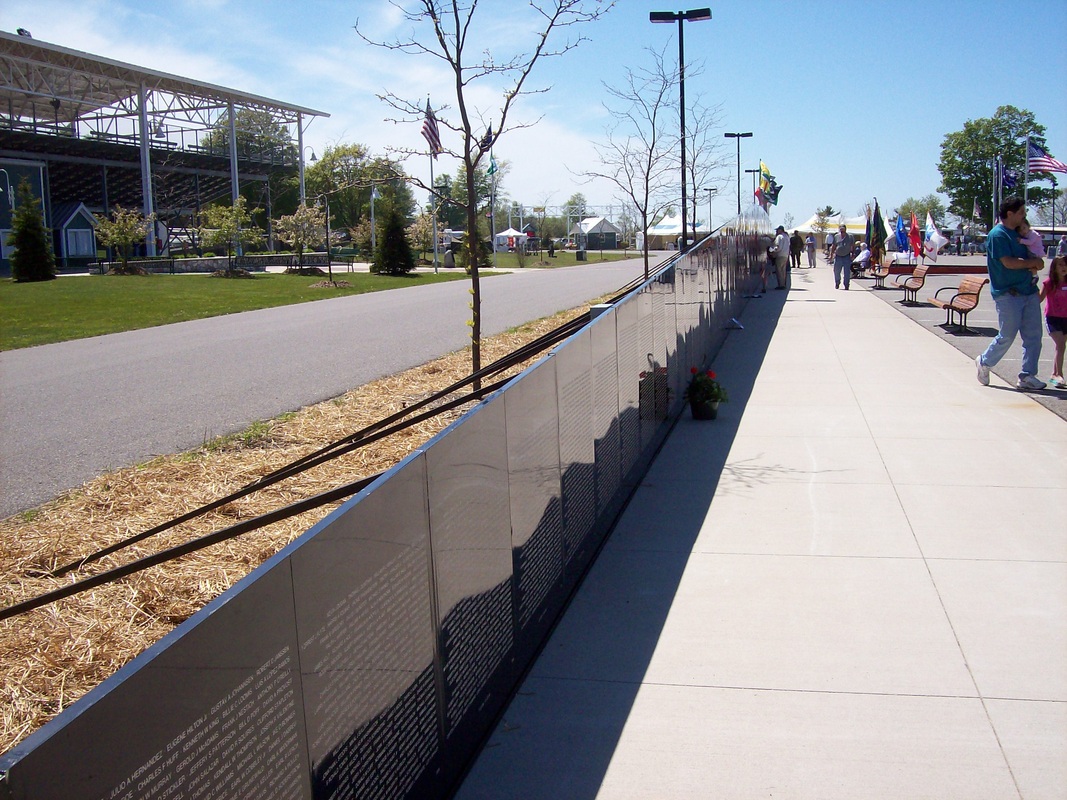 The Moving Wall™ is so personal, and yet so encompassing...
A cousin Yvonne Darling who lives in Florida, has shared her family's involvement with the military, and also how The Moving Wall™ visits her town most every year:

"During the Vietnam time, I served with the American Red Cross in a Casualty Hospital at Yokota AFB, Japan. The men who were wounded in Vietnam were brought there for treatment and to be sent on to another military hospital in Japan if they needed surgery. Some of the men may have died from their wounds later. I was a Nurse Assistant from 1969 - 1971 at the hospital.

Now, we have The Moving Wall™ that comes to our area every year in Melbourne Florida. Another section has been added to honor the men, fire fighters and policemen who died from 9-11. America has paid a high price for our freedom. These men paid with their lives, or had to live with the damage they suffered. Most of the men were only 19 to 22 years old.

My son was a Fire Fighter with the Greenup Kentucky Fire Department, Lt. Jon Randall Gragg; his nickname is "Rudy". He died from a chemical spill that happened in Greenup KY 17 years ago. Greenup now has a large Ladder Fire Truck that they dedicated to him called "Big Rudy". I am very proud of his service to our country. I have another son Mark Bentley Gragg who served 20 years in the Navy. He was on 2 different ships; USS Saipan and USS Inchon.  My daughter Becky's son Christopher Rhodes is in the Marines. He has served 2 tours in Iraq and 2 tours in Afghanistan. He has now served 9 years and plans to continue until he can retire. Our grandsons Justin Gragg Hunt and Travis Darling also, each have served in Afghanistan. My husband is retired Air Force. We are thankful for our freedom, and for all the men and woman who have served." ~ Yvonne Darling ~ 2012
Access the Events by clicking an on-site link below, or by using the drop down menu above.
Jazz Ambassadors
Petoskey Monuments
Boyne City Monuments
Charlevoix Monuments
TOP