Petoskey ~ American Legion
Please do not copy the photos on this site, many of which have been submitted by private individuals...
just come back and visit the site often to view the photos.
"Clicking" on some color highlighted words may access additional information;
Most posted items will enlarge by "clicking" on them. 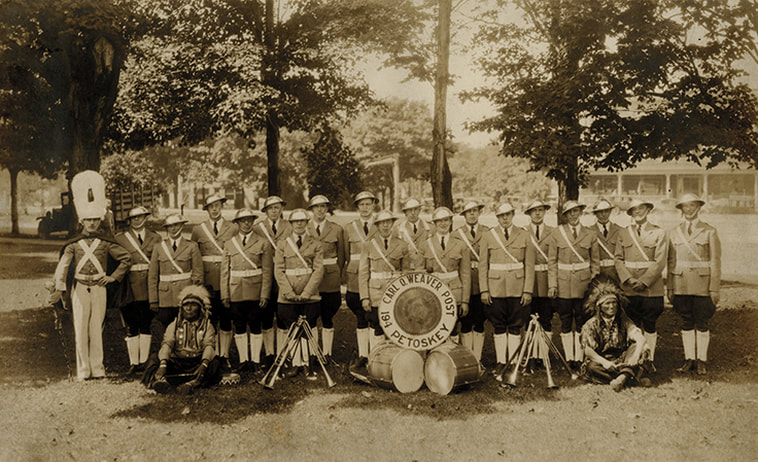 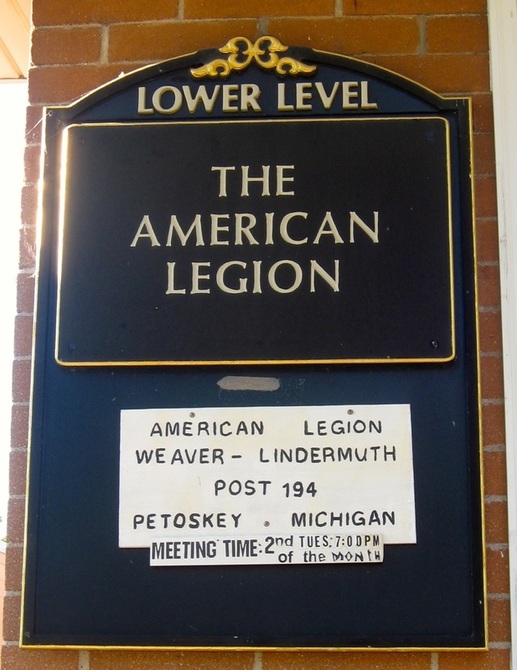 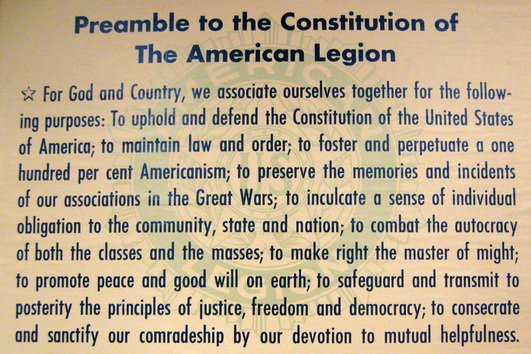 Preamble As Hanging In the American Legion Post Bay Street Petoskey MI
Carl O. Weaver, for whom the Petoskey Legion Post is named, was "Killed in Action" during WWI.
His remains were moved from
the American Cemetery in Romange France to a cemetery in Dayton OH. 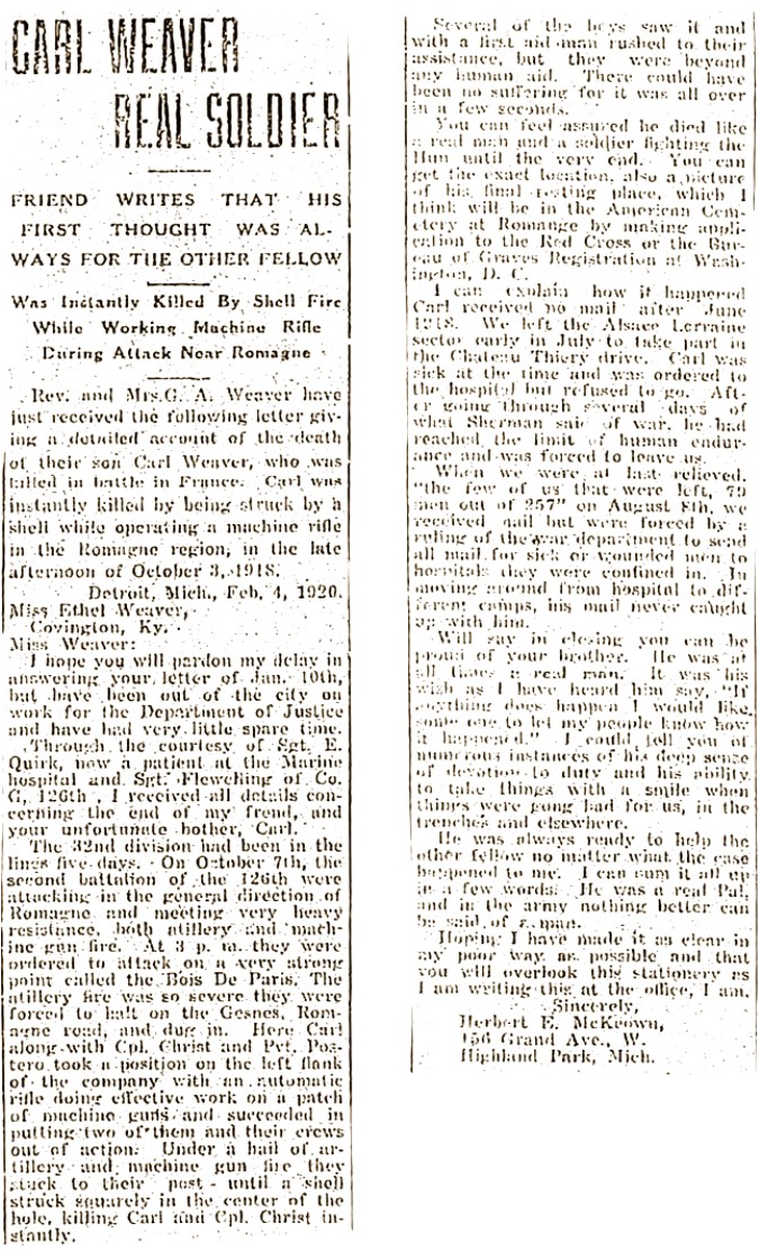 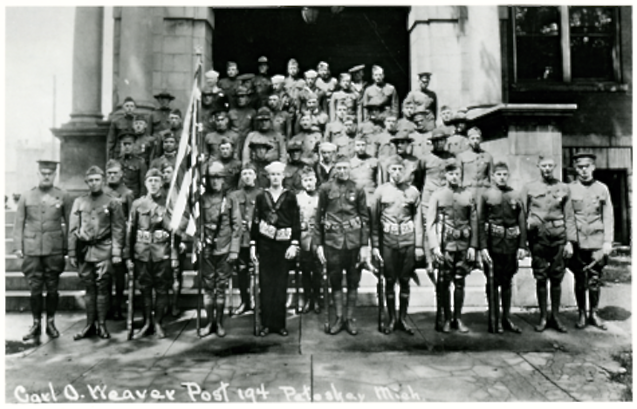 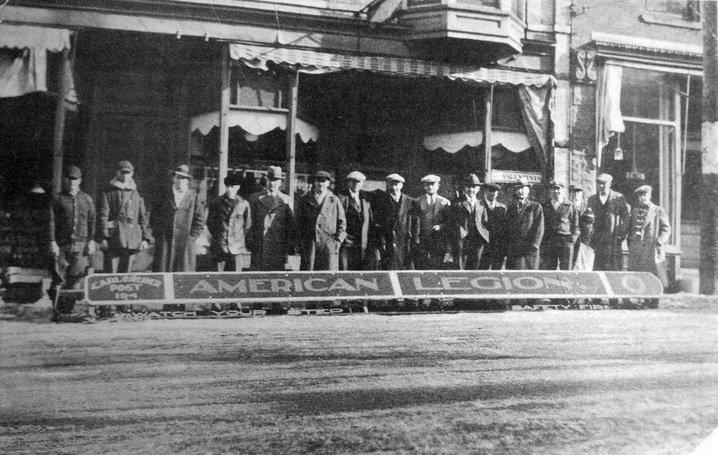 Carl O. Weaver Post 194 Petoskey MI
Text Accompanying Photo Above: "Bobsledding was a popular sport in Petoskey back in the 1920s on giant sleds such as this of Carl O. Weaver Post, 194, American Legion. Bobsleds used to zip down Mitchell-st. in the days when most cars were laid up with the first ice. Identified from the left in this photo belonging to Wilson J. 'Mac" McDonald are: Arthur 'Westie' West, Charles Henika, Fred Schmitt, Zalman Fryman, Bert Nutting, Harold Guillaume, Alexander 'Dub' Worden, Ray George, Henry Boehm, John Laggis, George John, Dr. Charles J. Gray, Gordon Feather, John Ulberg, Lasey Sergent and 'Mac'. The little boy wasn't identified. If all got on this sled, there would be 16 men and a boy aboard." 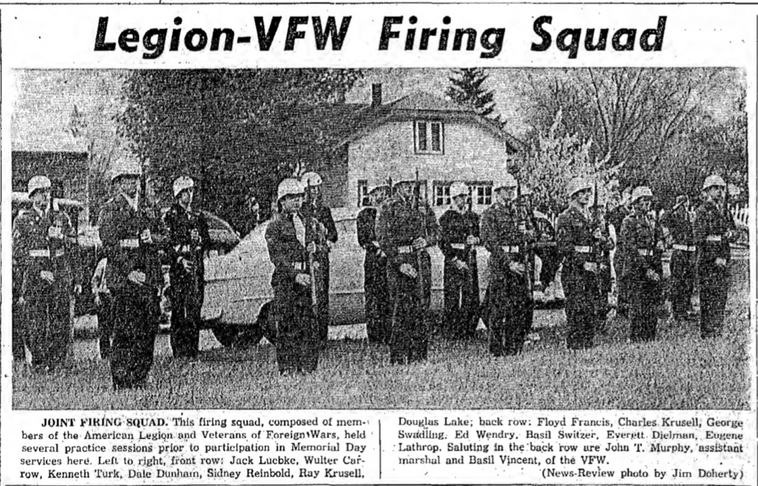 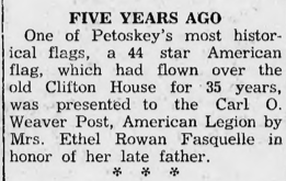 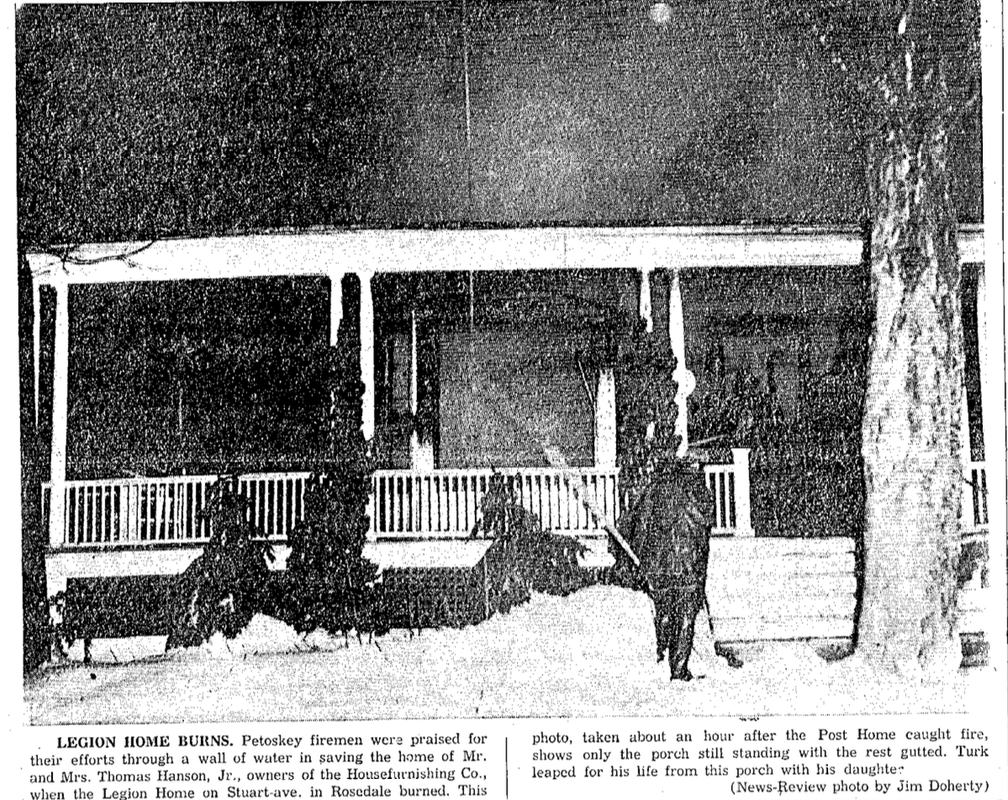 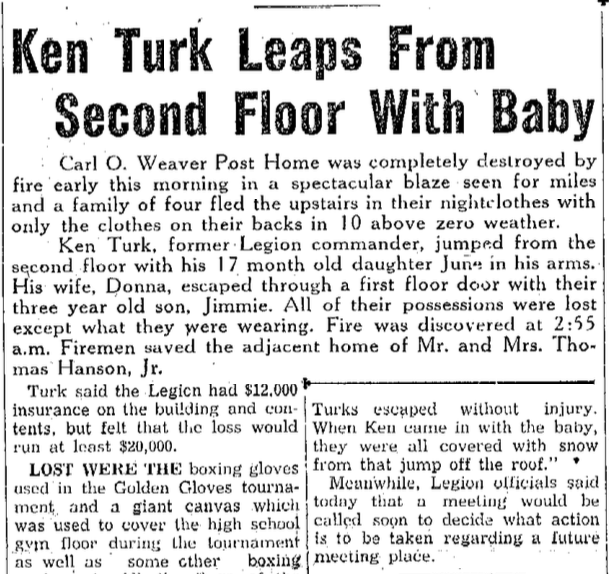 Go to next column... 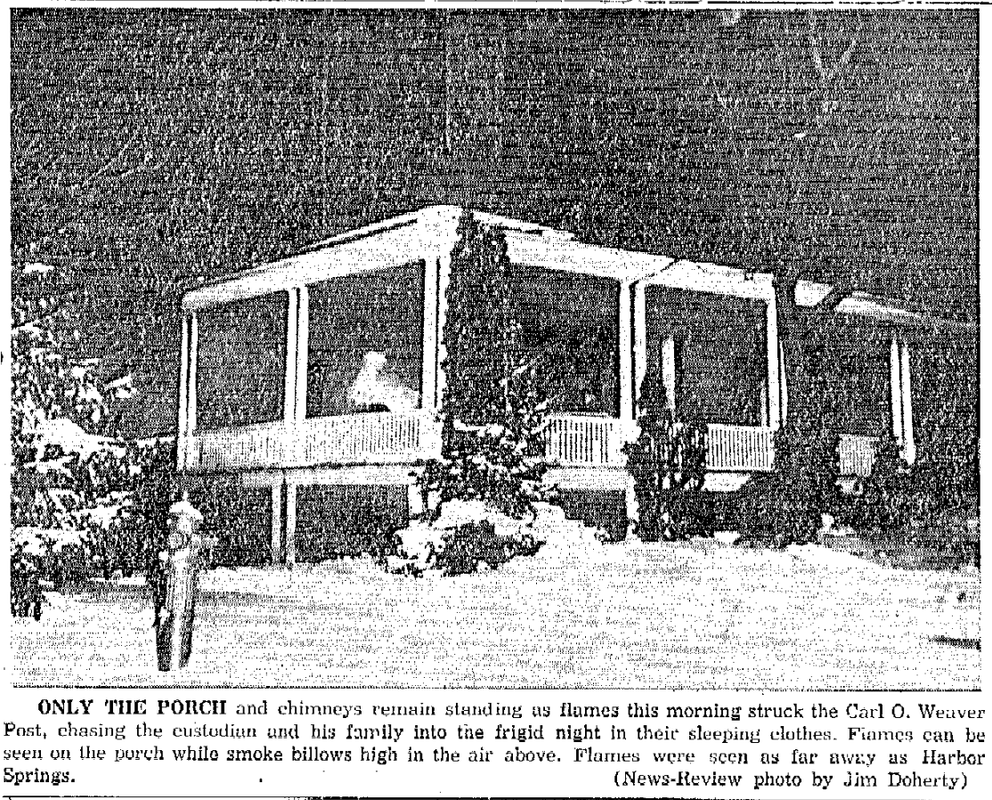 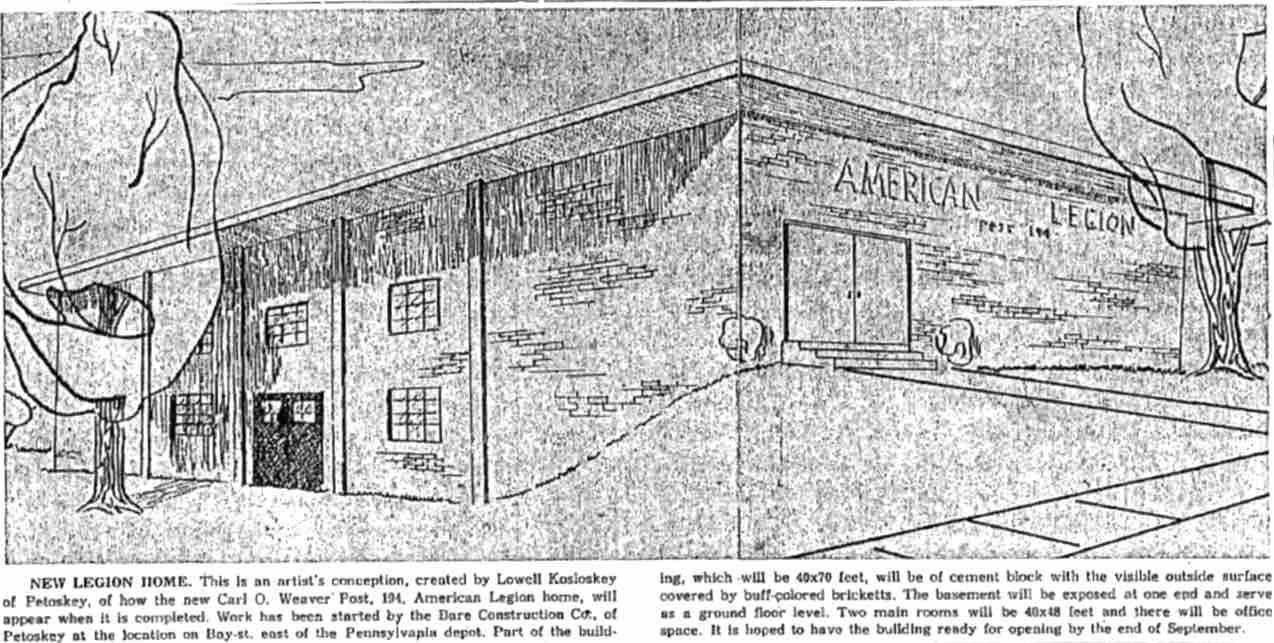 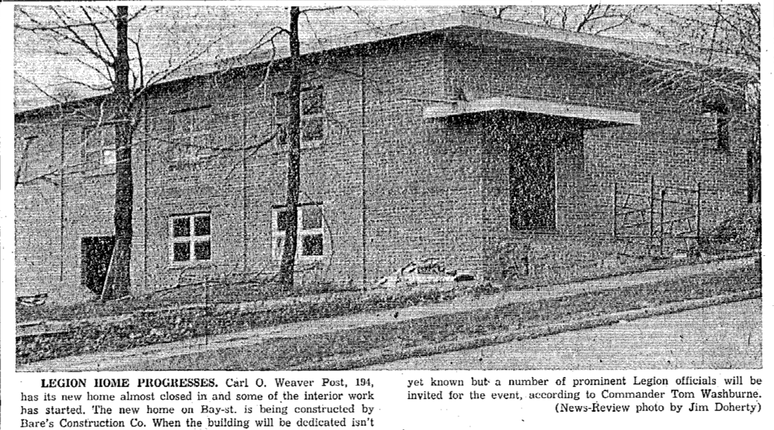 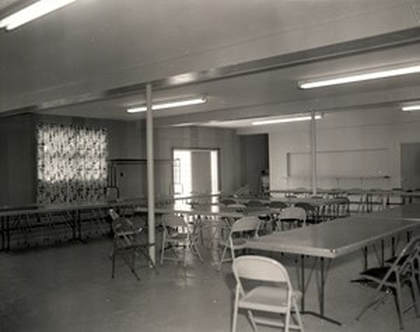 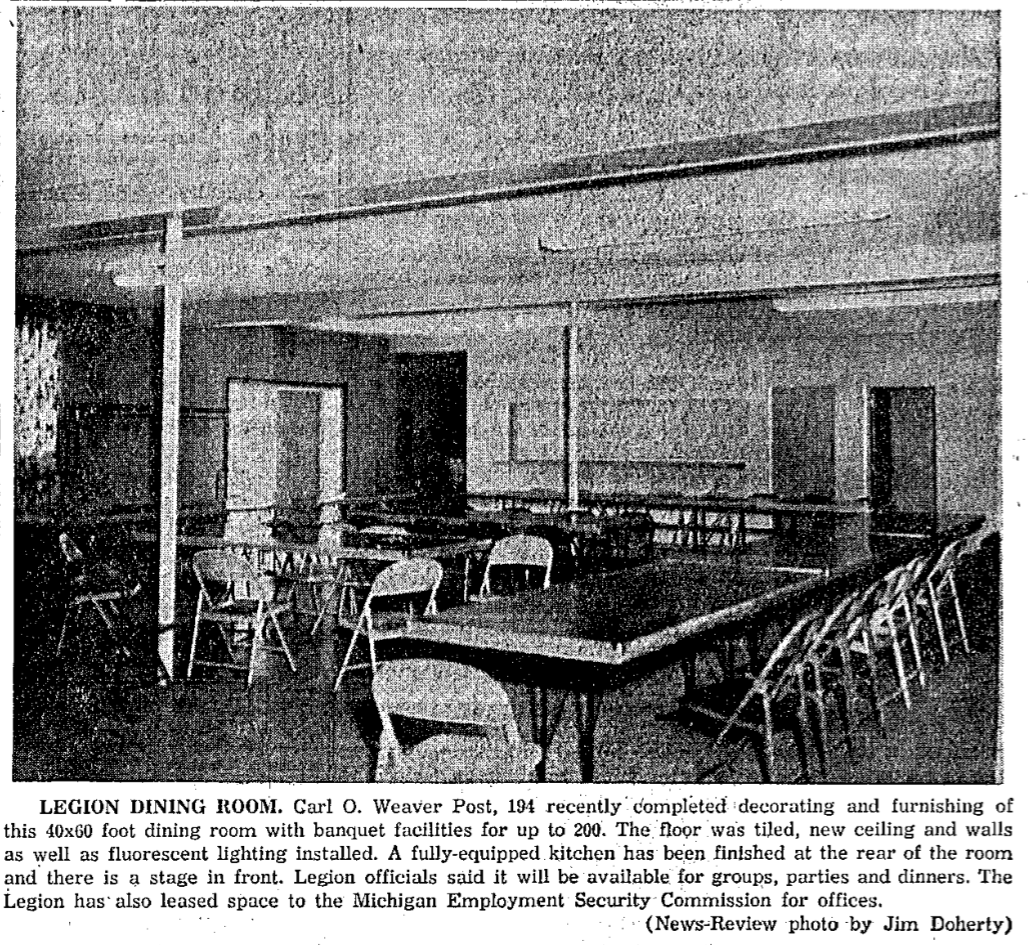 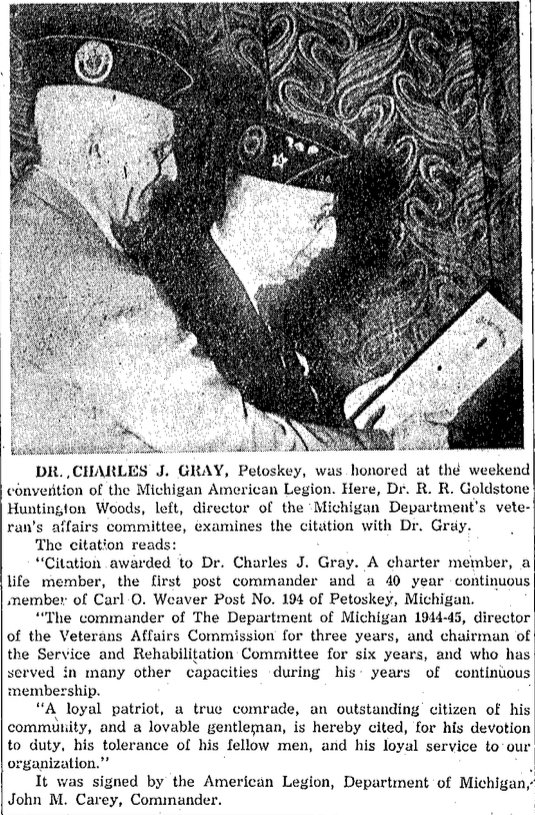 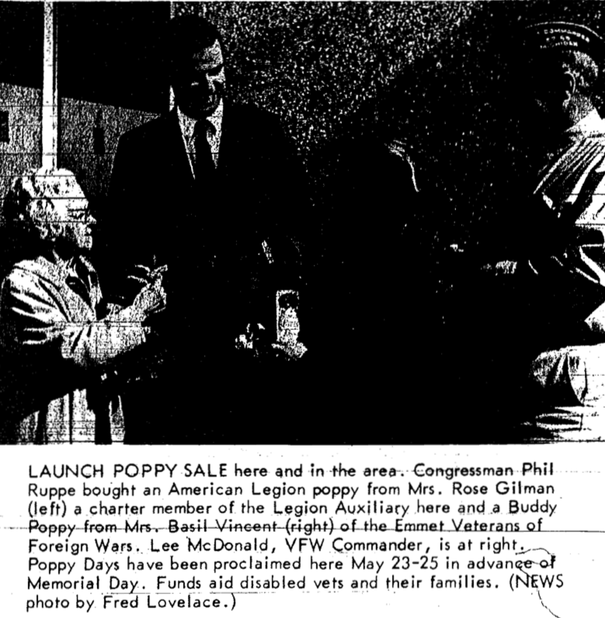 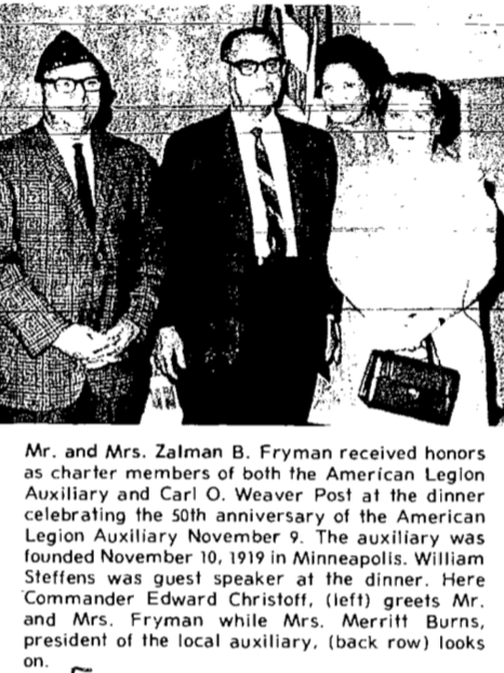 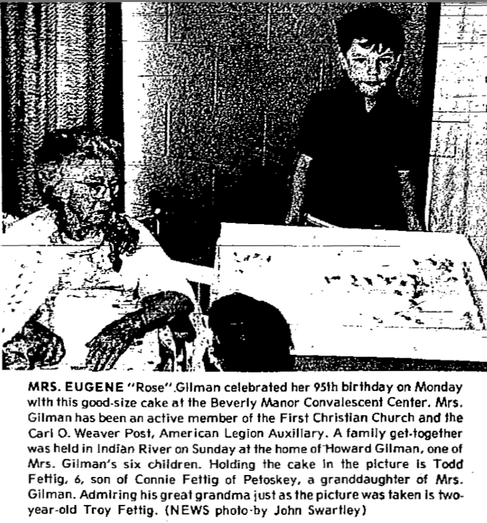 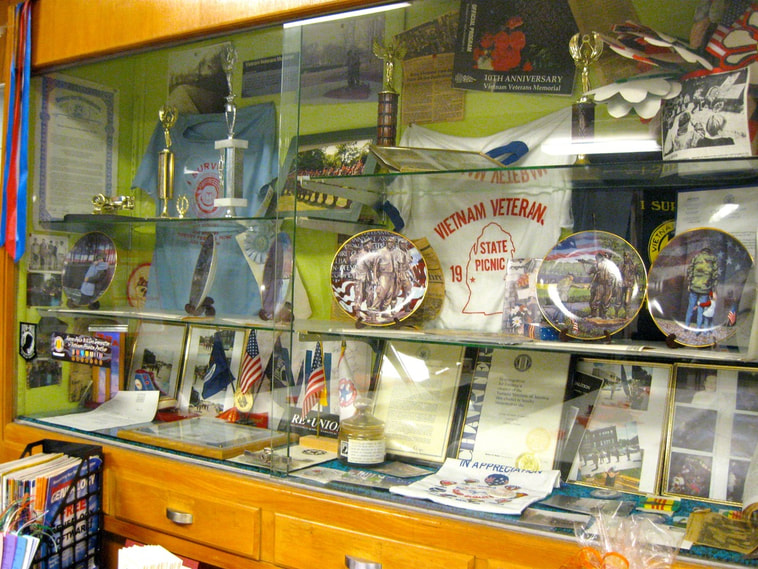 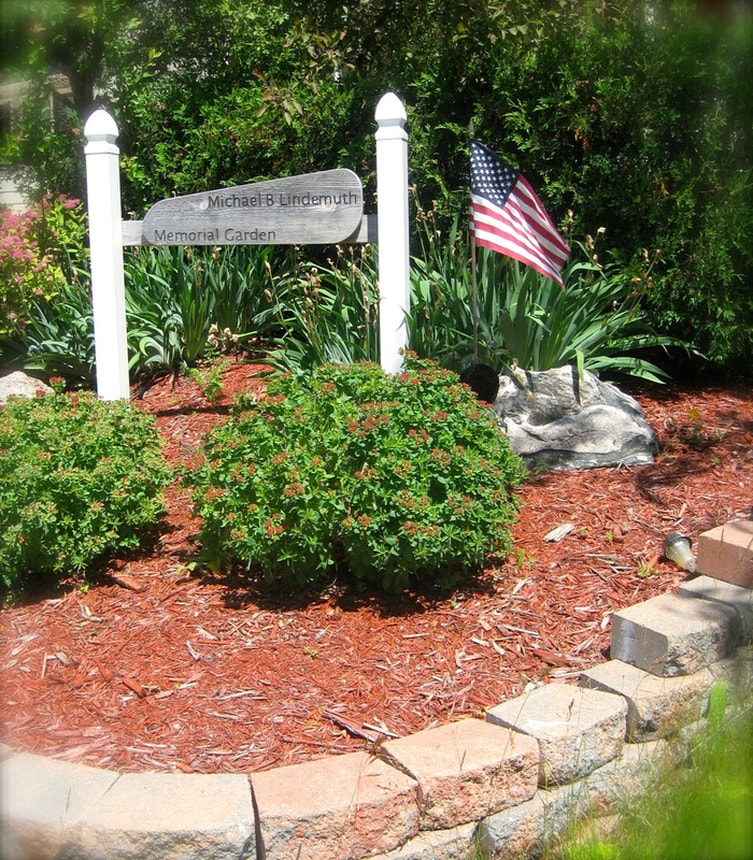 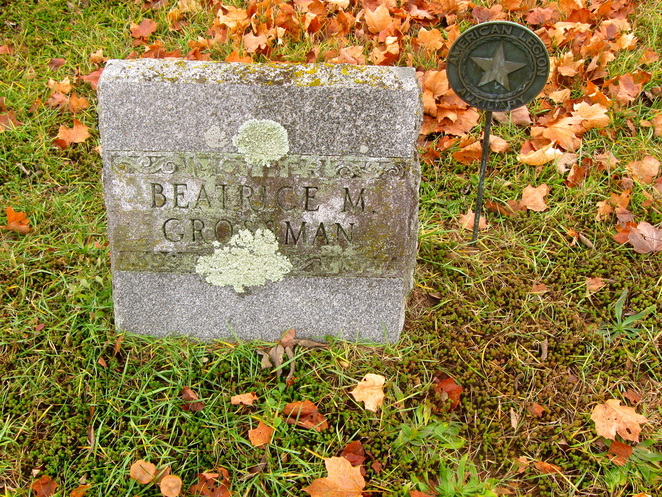 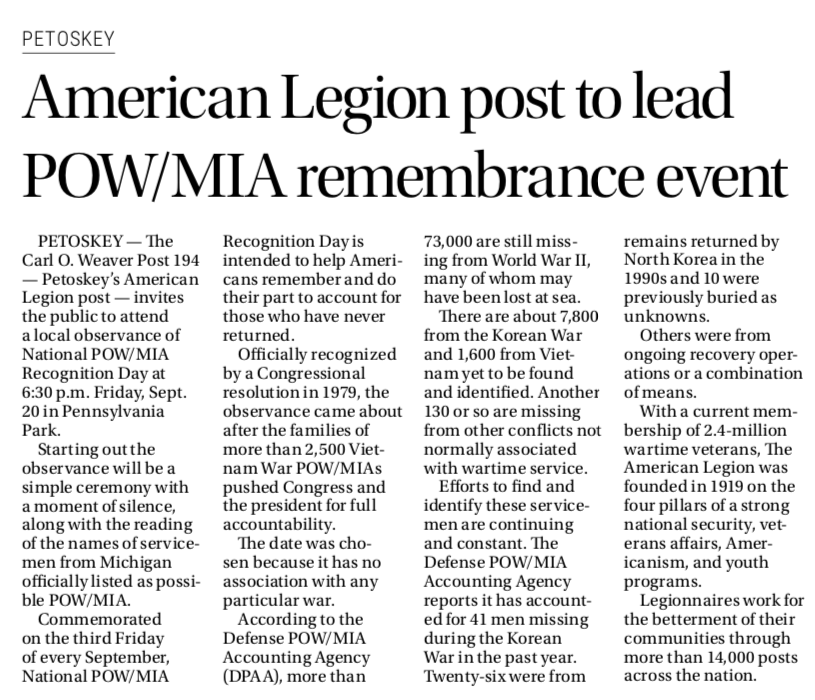 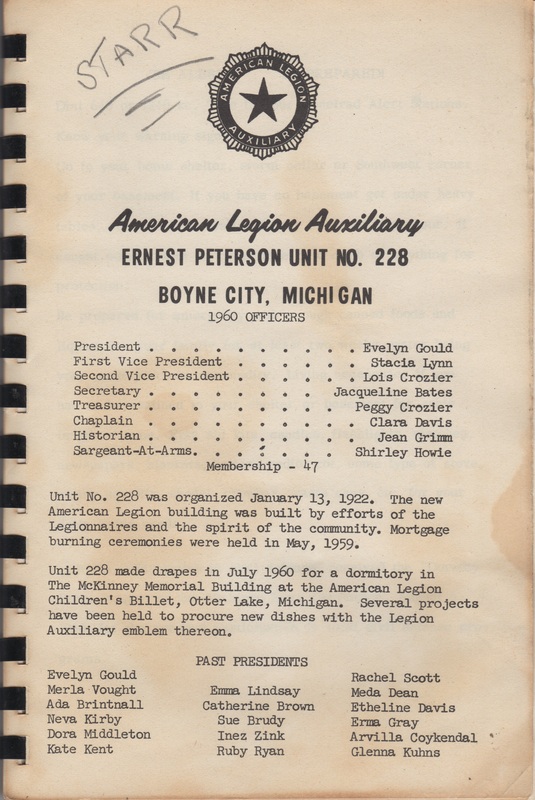 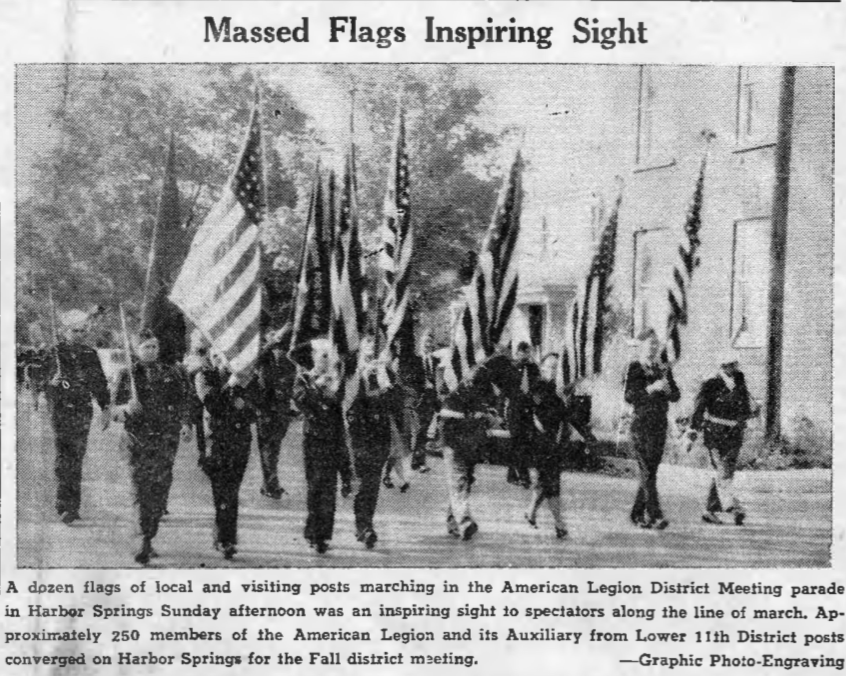 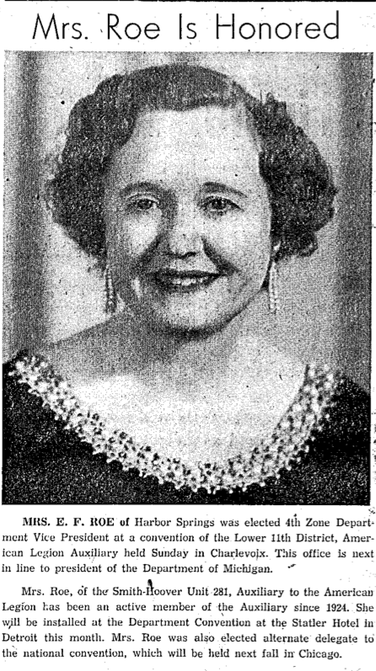 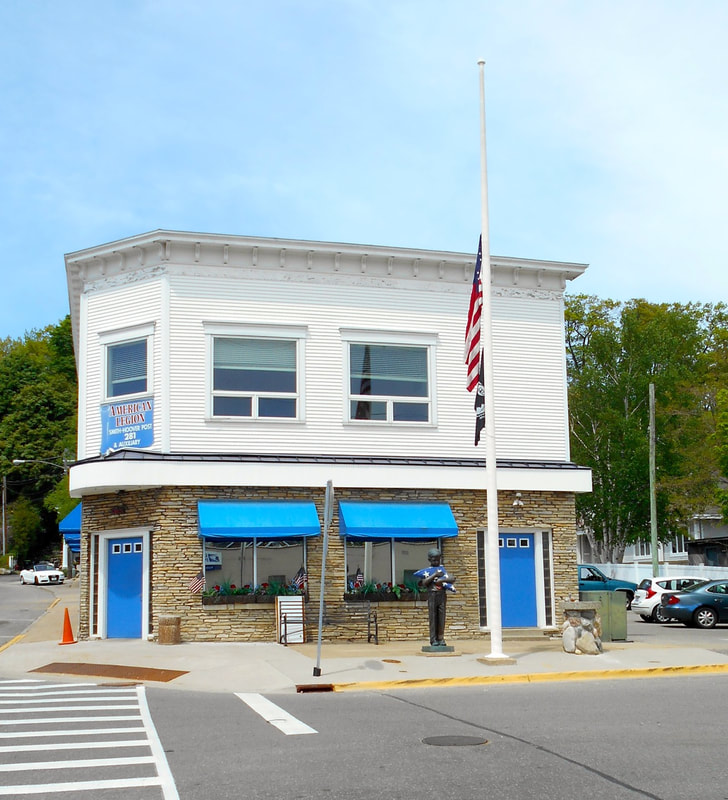 28 May 2018 ~ Memorial Day
Photo Below: This touching sculpture by G.W.Lundeen of Colorado stands before
the American Legion building in Harbor Springs, Michigan.