Please do not copy the photos on this site, many of which have been submitted by private individuals...
just come back and visit the site often to view the photos.
"Clicking" on some color highlighted words may access additional information.
Most posted items will enlarge by "clicking" on them.
The above photos taken at the Poe Cemetery Newberg Township Cass County near Three Rivers and Jones, Michigan, were submitted by Jackie Gooseberry Alto. The tombstone, and veteran memorial, mark the gravesite of Jacob Benjamin "Jake" Smith who lived a part of his life near Boyne Falls, Michigan, with his wife Maymie Howard and children Pauline Smith Gardner, Gerald Howard Smith who served in WWII, and Virginia May "Tootie" Smith Hoatlin. Both Pauline's husband Alvin Gardner, and Tootie's husband Fred Hoatlin also served in WWII. Jacob Smith was born 1867 and died 1942 as a retired forest ranger with 40 years of service, and was a veteran of the Spanish American War as his memorial marker in the above right photo specifies. Jacob's service is recognized on the Roll of Honor in Boyne Falls MI.
Military Records for Jacob B. Smith for having served in the Spanish America War 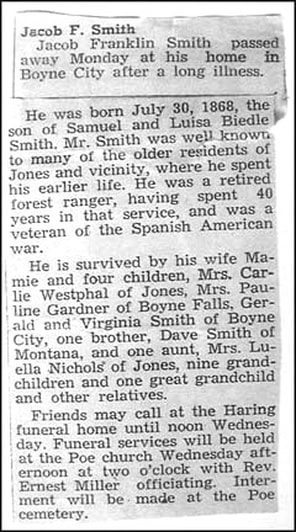 Obituary of Jacob Smith ~ Spanish American War
Article Below: D.B. "Burt" McKenzie served in Co. C. 35th Michigan during the Spanish War in the grade of Corporal. When the regiment was mustered out, McKenzie spent a number of months as overseer of working men in the quarter-master's department in Cuba building quarters for troops, stables for cavalry stock, etc. 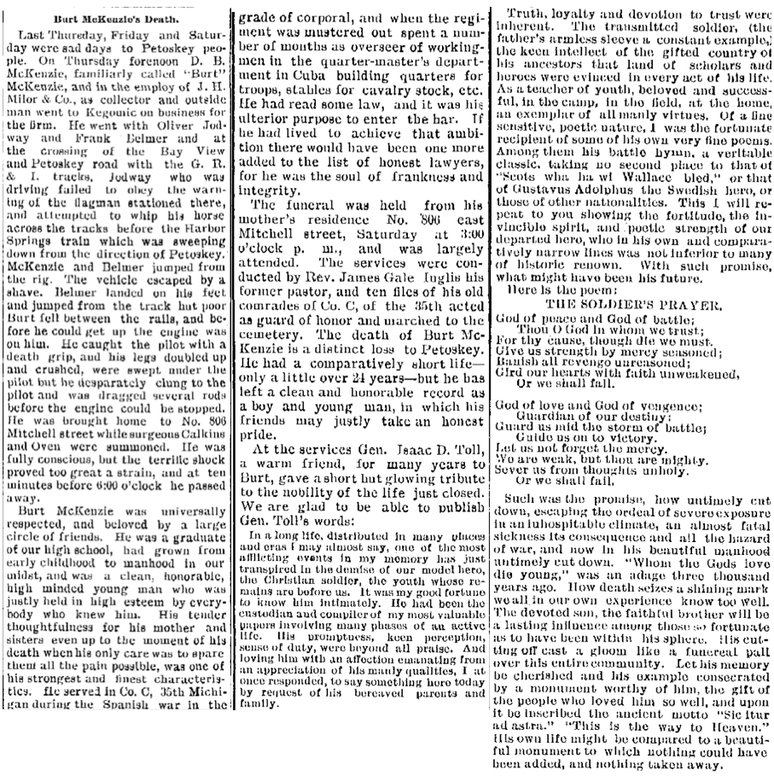 18 June 1902 ~ The Petoskey Record
Captain Flavel J. Smith had been in both the Civil War AND the Spanish-American War.
He was living in St. Cloud FL in 1910. 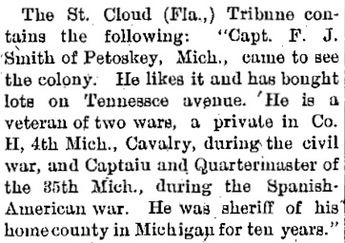 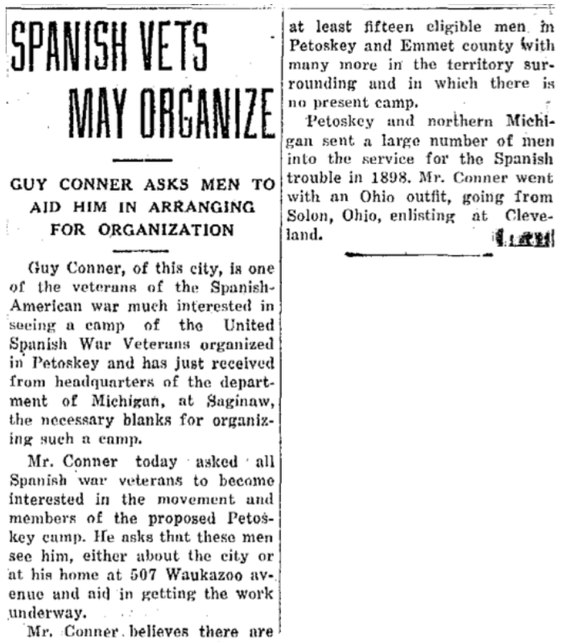 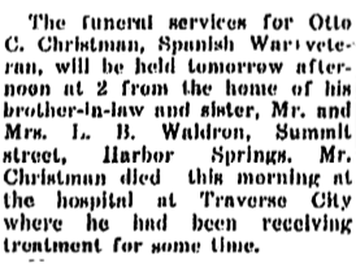 28 May 1931 ~ Petoskey Evening News
Fred T. Williams, born in Petoskey in 1876,
​following his graduation from Michigan State College,
volunteered for service in the Spanish-American War, serving for the duration. 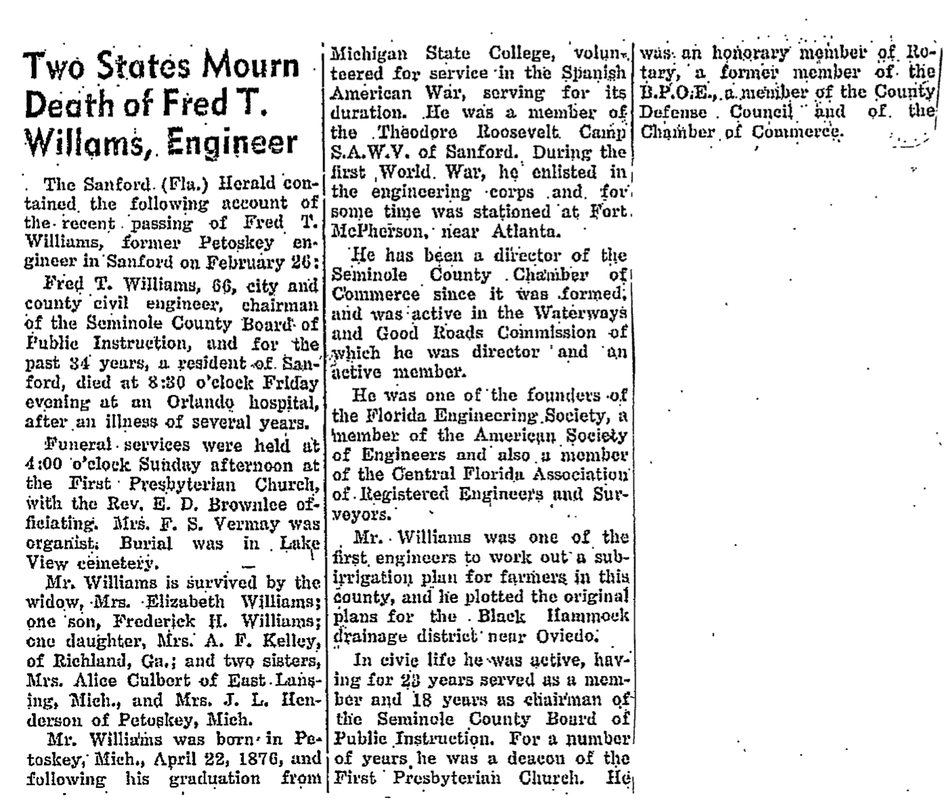 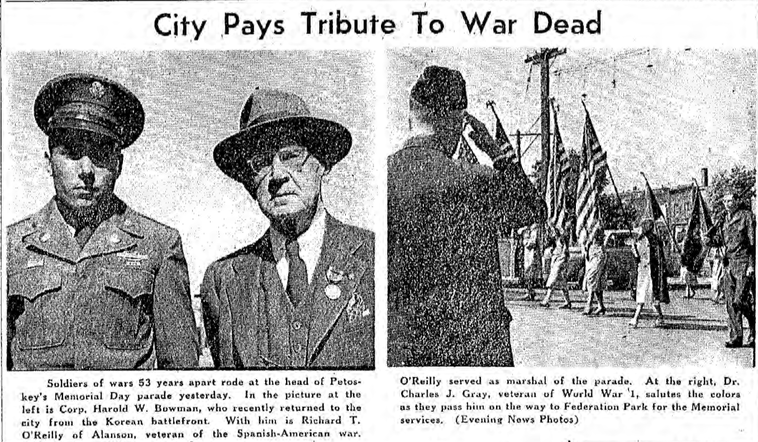 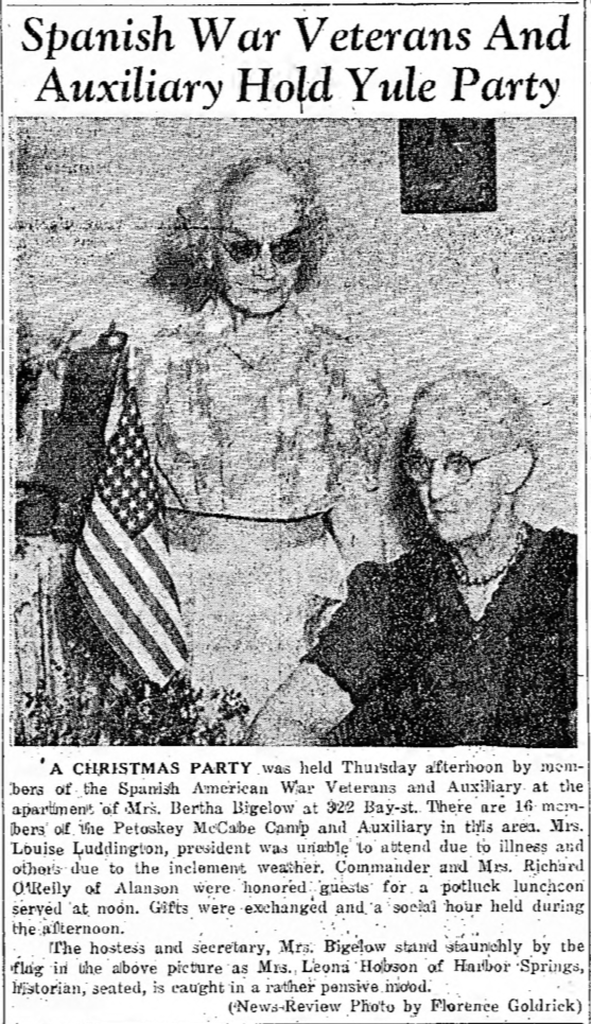 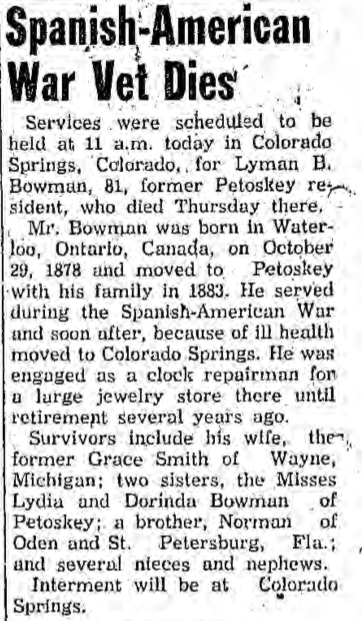 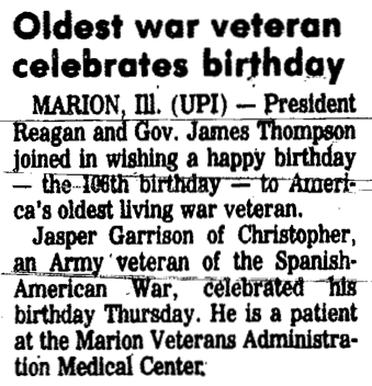 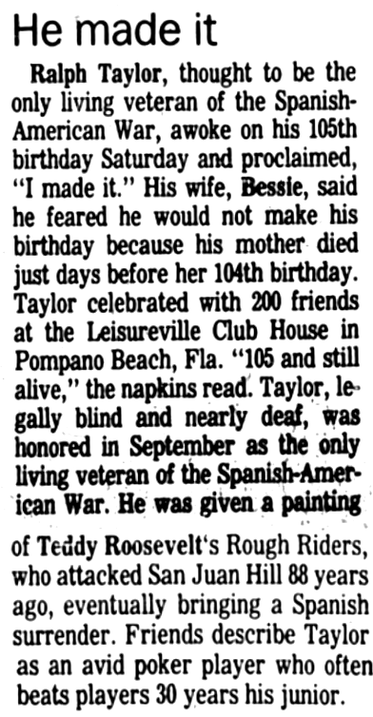